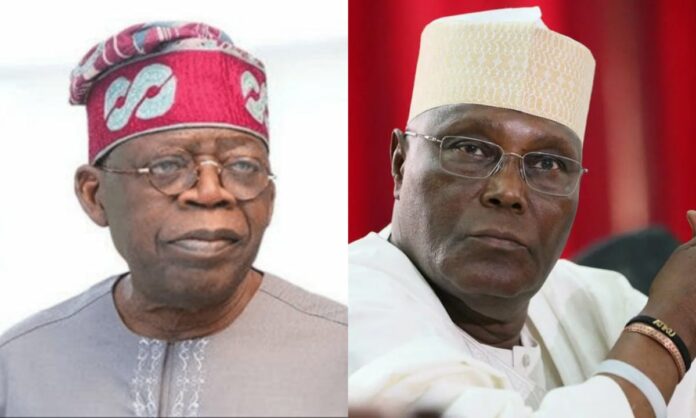 The All Progressives Congress, APC, presidential candidate, Bola Tinubu, has described his counterpart from the Peoples Democratic Party, PDP, as a “liar.”

Tinubu accused Atiku of selling false narratives and lies because 2023 is his last chance of contesting for the presidency.

He cautioned Nigerians to be wary of Atiku’s promises which he claimed were lies.

Tinubu spoke through his campaign director, Bayo Onanuga, on Sunday.

He stressed that Atiku’s remark during his campaign in Abuja that Nigeria was not secured for trading and farming was a lie.

“Aware that this is his last shot at the elusive presidency, Atiku, while on the hustings, has been spewing a series of lies, making empty promises and presenting a false narrative about our present reality and the legacy of the 16-year ignoble era of the PDP administration, of which he was a principal actor.

“We believe in his private moment that Atiku will concede that his view about insecurity is exaggerated,” the statement reads.

RELATED POSTS:  EFCC Is Not Required By Law To Keep Obiano In Long Detention Over Mismanagement Of Anambra's Billions…—Intersociety —