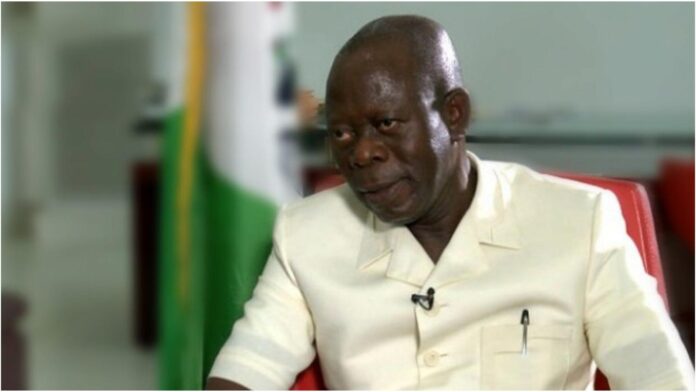 Twenty-four of the executive committee members of the All Progressives Congress, APC, from Edo North senatorial district have opposed the senatorial ambition of the former National Chairman of the party, Adams Oshiomhole.

In a communiqué after a meeting in Auchi, Etsako West LGA of the state, they said the purported endorsement of Oshiomhole by the executives of the six local government areas did not get their support.

They said the said endorsement championed by the state deputy chairman of the party, Jarret Tenebe, and the party chairman of Etsako West council was not accepted by them during the 70th birthday ceremony of Oshiomhole, where he openly declared his intention.

They said: “The only significant thing that could be likened to an endorsement at the event was a motion to zone the senatorial seat to Etsako West, which was resisted by some of the executives present at the event.

“If what happened at Iyamoh is what has been turned into a purported endorsement of Oshiomhole for Senate in 2013, then we are surprised.”

RELATED POSTS:  Give South East The Presidency Or We Leave Nigerians - Igbo Elders