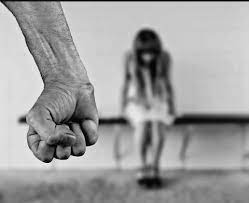 One Kayode Adeniyi, 53, has been arrested by operatives of the Ogun state police command for allegedly defiling a 10-year-old girl and his three underaged daughters, Njenje Media News reports.

In a statement by the Police Public Relations Officer, DSP Abimbola Oyeyemi, the suspect was arrested following a report by the aunt of the victim lodged at Agbado divisional headquarters. The aunt notified the police that while her niece went to the apartment of the suspect to ask whether his daughter was the person who mistakenly removed the clothes she spread outside, the suspect allegedly forcefully dragged her into the room, covered her mouth with a pillow, and had sexual intercourse with her.

According to Oyeyemi, the aunt explained further that the suspect threatened to kill her niece with a knife if she makes a noise. The PPRO said during the course of the investigation, it was discovered he has been sexually abusing his three underaged biological daughters.

According to reports, the suspect on interrogation confessed to the crime.

Single Mother Kills Her Baby To Enable Her Lover Can Accept...