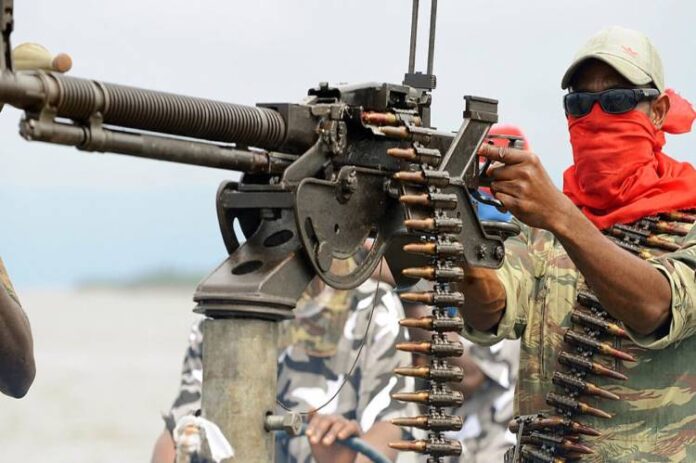 Gunmen believed to be Niger Delta Avengers have attacked Nigerian Navy personnel deployed to a waterways security vessel in Bayelsa State, killing some of the military men on duty and the security operatives returned fire with casualties recorded on both sides, Njenje Media News reports.

Njenje Media News recalls that the Niger Delta Avengers had in June 27 threatened that they would return with “Operation Humble” which is similar to its “Operation Red” of 2016, designed to destroy oil installations.

A video obtained by NjenjeMediaNews showed about three personnel down as the Niger Delta militants continued the heavy gun battle with the security operatives.

The NDA on June 27 had threatened that they would return with “Operation Humble” which is similar to its “Operation Red” of 2016, designed to destroy oil installations.

In a statement released on its website on Saturday, the NDA threatened to crash the country’s economy and send it in to a permanent recession.

A statement sighted on the group’s acclaimed website had stated that they would attack politicians working and collaborating with the Federal Government “to undermine the interest of the Niger Delta region.”

The group bemoaned the fact that the region had remained neglected despite its rich resources, stressing that its fresh violent onslaught against oil installations will shake the economy.

The NDA are a militant group in the Niger Delta region.