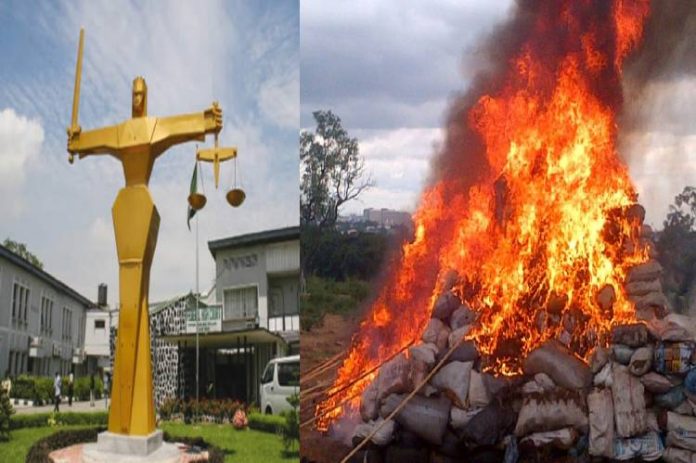 A Federal High Court in Abuja has given the go-ahead to the National Drug Law Enforcement Agency, NDLEA to destroy forfeited narcotics drugs and psychotropic substances, weighing 15.660kg and valued at about N150million, Njenje Media News reports.

Justice Inyang Ekwo in a ruling granted an order for forfeiture and leave to destroy the drug sought by the NDLEA in an ex-parte application argued by a lawyer to the agency, Mike Kassa.

According to TVC NEWS, The NDLEA, held the drugs and psychotropic substances were seized by operatives at its Abuja command in the course of their operations at the Nnamdi Azikiwe International Airport.

It stated that the cases, in respect of which the drugs and psychotropic substances were seized, have all been concluded and that no appeals were pending in respect of the cases.