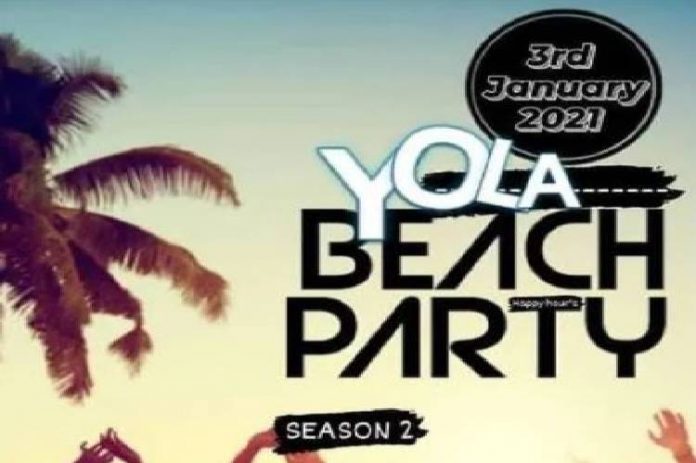 The police in Adamawa State has stopped a planned beach party, saying it would encourage nudity and allow for immoral acts, Njenje Media News reports.

The sponsors of the party, planned to be held in Yola, the state capital has also threatened with arrest and prosecution.

Njenje Media News reports that Adamawa an almost even Christian and Muslim populated state had the populace have a general consensus that law enforcement agencies ability to check immoral acts in the country and others, as an intrusion to freedom of association by adults.

The ban, announced Sunday January 3, came amid outrage by religious groups in Yola against the ‘Yola Beach Party.’

The police spokesperson in the state, Suleiman Nguroje said ; “The command is on the trail of the sponsors of the said Yola Beach Party.”

“Anyone found involved will be arrested and possibly prosecuted, the command will not condone any show or event that will cause outrage.

“The CP had ordered an investigation to unravel the sponsors and venue of the said beach party. The command will not allow any immoral act that could cause outrage in the society.

“Parents also have a role to play in this regard,’’ Mr. Nguroje said.

The advertisement of ‘Yola Beach Party’ had indicated that the event was slated for January 3 while the gate fee was pegged at N2000.

‘’Age 18 over, scheduled to start at 2pm and there will be live music, fun, BBQ and drinks,’’ it stated.

The notice was placed on social media platforms, though the venue was not indicated.

For now, it is not yet clear if the party will hold or not as the venue still remains secret.