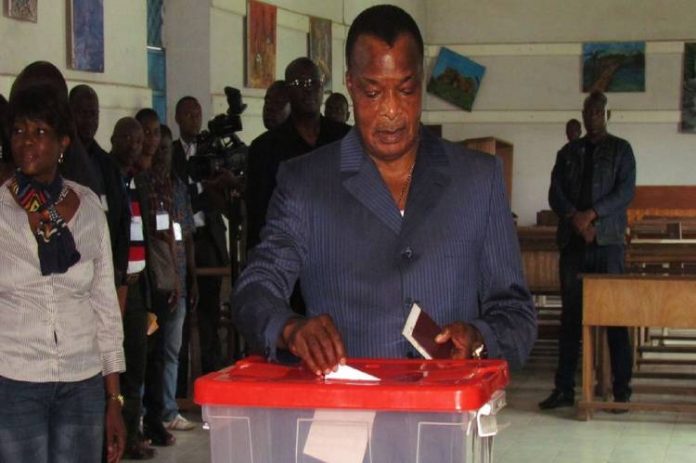 The people of the Republic of Congo would today decide who governs them in the next 5 years with current President, Denis Sassou Nguesso aiming to extend his decades-long hold on power in the Central African state, Njenje Media News reports.

77-year old President Nguesso, dubbed “Emperor,” has spent 36 years in office as Congo’s ruler, having been recently elected in 2016 for a third term in office is contesting for a fourth term with six other candidates eyeing the nation’s number one seat, but the retired general appears favoured to win a fourth term as his strongest rival Guy Parfait Kolelas is down with covid-19, fighting for his life in hospital.

According to TVC News, The largest opposition group, the Pan-African Union for Social Democracy, is already boycotting the ballot.

Congo’s Catholic Church episcopal conference has already expressed “serious reservations” about the transparency of the ballot and fears a possible internet shutdown on Sunday, as in the 2016 election.