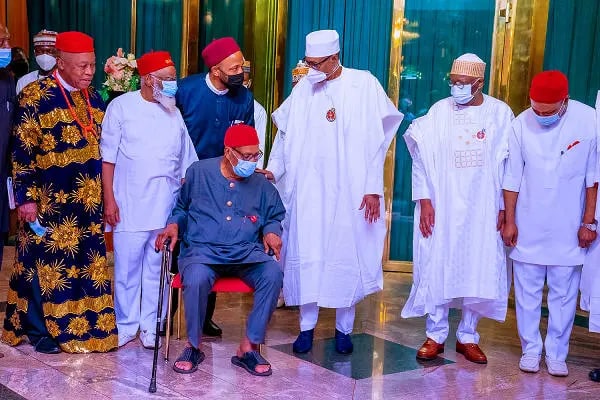 Though the reason for the meeting is unknown, it is holding at the New Exco Chambers, Government House Abakaliki.

Njenje Media News recalls that months back, some South East leaders led by elder statesman and First Republic Minister of Aviation, Chief Mbazulike Amechi met with the President and sought for the release of  the Indigenous People Of Biafra (IPOB) leader, Nnamdi Kanu, which the president failed to give an affirmative answer to the request.