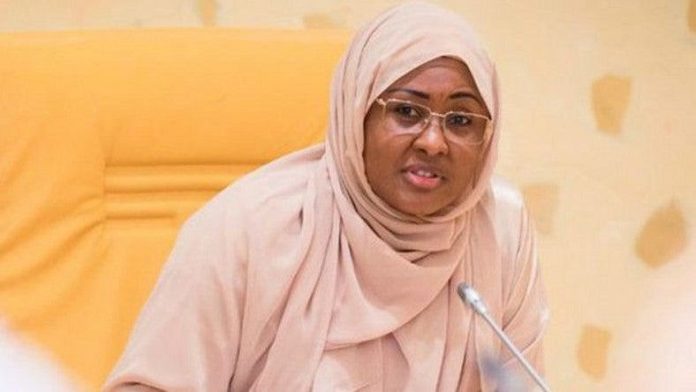 Mr Kabiru Dodo, aide to Wife of the President has debunked reports that First Lady Aisha Buhari left the country because of insecurity in the Aso Vil

Njenje Media News had reported recently, quoting Sahara Reporters that the outspoken Wife of the President had been in the United Arab Emirates since the wedding of her daughter Hanan as a result of the fracas and power play in the Nation’s seat of power, a decision she allegedly hinged on the non-safety of herself and he family.

But her aide and former governorship aspirant in Taraba State said the report is not true but that Mrs. Buhari traveled out of Nigeria for medical checkup.

He made this known at the presentation of toiletries to widows at the behest of Future Assured Foundation, an initiative of the First Lady.

“The First Lady travelled for her medical trip, she did not flee the country because of insecurity.

“She left her children, her husband and family in Nigeria.

“What people are saying is baseless and worth nothing to be considered.

“I want to tell the whole world that I do speak to her on daily basis and she is ready to return to the country as soon as she is done with the medical treatment abroad,” Dodo said.

The former Taraba State House of Assembly member further added that the first lady did not leave Nigeria because of insecurity even when her husband was not the president.

RELATED POSTS:  2023: Deji Adeyanju Writes PDP, Explains Why Wike, Mohammed, Tambuwal And Other Aspirants Should Step Down For Peter Obi