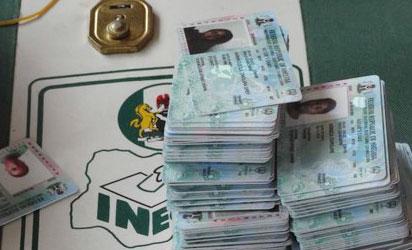 • ‘I’d rather suffer to get card than spend years lamenting’

As political activities ahead of 2023 general election become intense, there has been a massive awakening on Permanent Voter Cards, PVC.

This epic revival is not only indicating a new dawn but it is pointing to the massive sensitization by Nigerian celebrities, clergymen, philanthropists, CSOs, media and politicians among others who have consistently urged Nigerians to go the extra mile in getting their PVCs.

In fact, some religious organisations went as far as providing platforms where congregants were sensitised on getting their PVCs.

Others took it upon themselves in approaching the Independent National Electoral Commission, INEC, on the availability of Voter Enrollment Devices, IVED, to capture eligible applicants in the ongoing Continuous Voter Registration, CVR.

Prior to this time, Nigerians deemed it unnecessary to go through the stress of getting their PVC because, according to findings, they felt their votes would be of inconsequential value.

Among those who have been massively drawn into this consciousness, are the youths who in Lagos State defied the rain just to attend the Youth Vote Count Mega Concert 2.0, where PVC registration was made available, at the Tafawa Balewa Square, Lagos State, last Saturday.

Also, not left out are the aged who in the past, were merely advising the younger generation to get their PVCs without getting theirs. They were seen across INEC offices in Abuja.

According to Vanguard correspondent who visited a number of INEC offices in Abuja, discovered that it was no longer business as usual as scores of residents in AMAC Local Government,LGA, and Gwagwalada LGA, came out before 1:00am just to ensure that they get their PVCs.

There have been complaints by many people that they had gone to such registration centres repeatedly without getting registered. As the June 30 deadline draws near, they are worried they may end up not being registered.

It was gathered that while some Abuja residents stayed two nights in INEC offices, others, despite being disappointed in the past, kept on approaching INEC office, unrelentingly.

A mother of two in Karu AMAC LGA, Salisu Amina, 36, who spoke to our correspondent said despite her situation, she could not stay aloof while other Nigerians are making efforts to better the state of the country.

“The situation of the country is terrible. Nigerians are suffering and we have been suffering since APC came into power. In fact, when they came in, a lot of things that were easy for Nigerians became very tough.

“As a mother, I feel this pain. Even putting food on the table for my children is very difficult. Because of this terrible situation and the security challenges that have become worse I swore one morning that I will undergo whatever stress to get my PVC and vote out this government.

“I was here yesterday but could not get it. Today, I have come this early and I am sure that I will wait to get my PVC, “ she said.

A Jikwoyi resident, Chigozie Ebube, narrated that he came all the way from Jikwoyi to INEC office in Karu and had slept there for two nights.

He maintained that he is unwilling to give up as the country is in dire need of a new administration.

He said: “I came all the way from Jikwoyi to this place and I have been here for two nights now. From my actions, you should see that I am tired.

“The cost of living has become unbearable. Insecurity is now a song we sing on a daily basis. I can not even properly take care of myself as all I get, I contribute them to the welfare of my family.

“The APC-led administration has made my life meaningless and I am determined to vote them out. That is why I have slept in this place for two nights, hopefully I will be answered today.”

When asked why he slept for two nights, he said: “When I arrived here the first day, I discovered that there were many others that had been here and the list was long.

“So, for me to get a better chance I had to stay back to get a good number. Aside from that, I am just so determined to work against this government using my PVC.”

Cynthia Igwe, a trader in Gwagwalada LGA, told our correspondent that Nigerians are tired of being turned in circles, stating that it is high time she acted.

Igwe further said she has not been exercising her civic rights for over a decade, noting that next year would be different.

She said: “ Nigerian government has turned us into people with no direction. They have been taking us back and forth but this year, I can beat my chest on this, a new Nigeria will emerge.

“To be honest, I have not been exercising my voting rights for more than 10years now, but after going through seven years with Buhari, I don’t think it will be wise for me to be a part of a government that I did not choose in 2023.”

On his part, Ebuka Jeremiah, a tailor whom our correspondent met in AMAC office in Karu, stated that: “It is better for me to undergo the stress of getting a PVC than spending another long year with a wicked administration.

“In fact, God knows how life has been since Buhari emerged as President of Nigeria. That man came with a negative atmosphere and Nigerians are really willing to take not just him but the APC administration out.”

Meanwhile, last Friday, INEC announced it received reports from some states about “unprecedented surge in the number of citizens that wish to register as voters and the challenges they face across the country.”

Consequently, it held a meeting and decided to deploy additional 209 machines to the five South-Eastern states, Lagos and Kano where the pressure is most acute.

“In some states, the sudden turnout of prospective registrants is overwhelming,” INEC added.