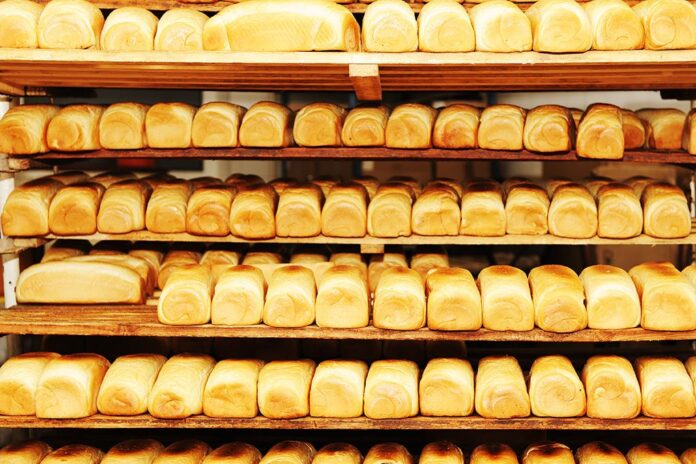 The Association of Master Bakers and Caterers of Nigeria (AMBCN) has lamented the incessant increase in prices of flour and other baking materials, Njenje Media News reports.

The group also frowned at the high tariff regime allegedly imposed by the National Agency for Food and Drugs Administration and Control (NAFDAC).

The bakers threatened to embark on a nationwide strike unless the federal government looked into their grievances and took urgent steps to address them.

They, therefore, issued a two-week ultimatum, starting from September 23, 2021, to the federal government to remedy the situation.

In May, the AMBCN had increased the prices of bread and biscuits by 30 percent to cushion the impact of the rising cost of production.

Speaking with journalists during the AMBCN’s national executive council (NEC) meeting on Thursday in Abuja, Mansur Umar, the association’s national president, said that if the FG fails to address the issue till the expiration of the ultimatum, “we will direct our members to withdraw their services across the country for one week.”

He said the high cost of baking materials, if not checked urgently, may soon drive bakers into extinction.

Umar lamented that amid the hike in prices of baking materials, multiple taxes, NAFDAC further worsened the plight of bakers with their increased tariff regime.

According to him, the situation forced them to increase the prices of their products by 30 percent across the board, adding that some of their members have been forced out of business.

“At this time, most of our baking materials have risen to a level where appropriate bakery products pricing has become a very serious challenge,” Umar said.

“Our plea for the streamlining of our products regulations has not been heeded to, instead the NAFDAC tariff regime has once again been jerked up.

“It becomes worrisome if the managers of our economy actually wish the bakery industry to remain or go extinct.”

He encouraged members of the association not to relent in their efforts to save the industry from going into extinction.

“We have no other industry than this, so we must fight with all we have to keep the industry alive. Remember, survival is the first instinct of life. We must not behave like dinosaurs that refused to adapt to changes in their environment and are now extinct,” he added.

While the various interventions by the government have seen a ramp-up in the local production of raw materials used in the baking industry such as wheat and sugar, they are still short of demand in the country.

Earlier this year, the Central Bank of Nigeria (CBN) hinted at a plan to include sugar and wheat on the list of import items banned from accessing foreign exchange (FX).