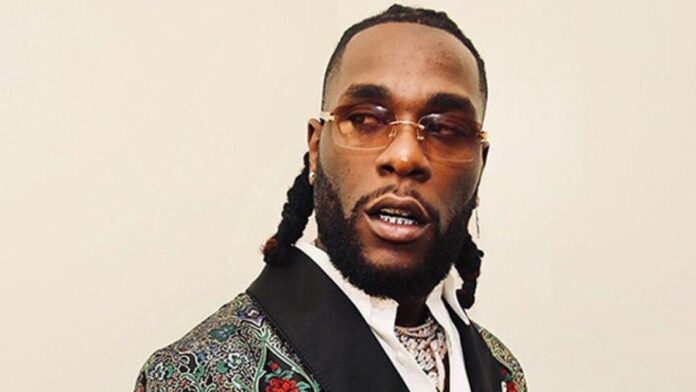 •Police must not compromise investigation —CSO

There were indications yesterday that staff of Cubana club are currently on the run since the shooting incident involving Police escorts of music star, Burna Boy, last Wednesday, NjenjeMediaNews reports.

This is even as a Civil Society Organisation, CSO, Cadrell Advocacy Centre, warned the police against compromising investigation into the matter.

Recall that two policemen who serve as escorts to the music star, alledgedly shot at two persons following the scuffle that trailed Burna Boy’s chat with a married woman at the club but was challenged by the hubby.

Vanguard Metro gathered, yesterday that all the staff members have been on the run because policemen had been frequenting the club and arresting its staff members.

Two security guards who didn’t identify their names at the club told Vanguard Metro that the Club’s Facility Manager had been in the police net since Friday.

They said: “Since yesterday, policemen have been coming here, about 10 of them were here yesterday. They know that the owner of the club has money and they are sure that something must come out.

“On Friday, they arrested Mr Jack, the Facility Manager. He is our boss and the one that is always on ground. As you can see, the policemen who are here have been brought by the owner of the club so that when other policemen come, since they understand themselves, they will meet them to explain things to them. We at the security post don’t know anything about what happened or the shooting that took place.

“Now, some workers at the club are supposed to be here but none of them is available for fear of arrest. We are not even sure if the club will open for business in the evening; although club resumes properly from Friday to Sunday. But people can come and relax before the weekend but that has not been the case. As it is, the Club is suffering because nothing is happening. Staff members are on the run,” the security men recounted.

The atmosphere at the popular Cubana nightclub located on the highbrow Adeola Odeku Street, Victoria Island, Lagos, was nothing short of ‘calm and peaceful’ after last Wednesday’s shooting involving police personnel attached to the Nigerian Grammy Award winning music star, Burna Boy at the club.

Police must not compromise investigation —CSO
Reacting to the incident yesterday, the Executive Director of Cadrell Advocacy Centre, Evan Ufeli, warned that the matter must not be swept under the carpet.

He said: ‘Burna boy has always been involved in issues he should ordinarily have avoided. I wouldn’t know if this is youthful exuberance or implicit recklessness. His constant braggadocio at events, strong- headedness and outlandish immaturity is disconcerting.

“You cannot intimidate a woman who is out there with the husband and use your aides to inflict injuries on her and others and get away with that just because you are a celebrity. This oppression is uncalled for and I find it rather repulsive.

“Whilst this case is under investigation I urge the police to do due diligence and shun compromising this case. This is a case of unfettered public interest and police must act unbiased so as to have confidence reposed in them by the public and same be renewed repeatedly.

RELATED POSTS:  Why Osinachi’s husband will be released – Victoria Inyama

” If we all complain about how we are being led in Nigeria and at the same time treat one another in the manner under reference, then we have completely missed it and we will have no moral justification to say further that our leaders are unfair to us. We must kill the mosquito that bites the slave because we have no guarantee that if it sees the bottom of the kings it will not do the same.”

It was learnt that on that fateful day, the musician and five police escorts visited the club at about 4 am unknown to them that the ugly incident will occur. On arrival, four of the escorts were said to have waited at the entrance of the club house while the fifth, who was in mufti, escorted the musician to his VIP seat in company of three women. The incident has been generating reactions from the public.

Singer in Spain
Vanguard gathered yesterday that the singer is currently in Spain, where he thrilled fans at the Primavera Sound festival held in Barcelona.

Eyewitness account
The witness who simply identified himself as Alaba told Vanguard Metro that Burna boy was chatting with a woman in the club not knowing that she was with her husband.

This is contrary to earlier reports that while the clubbing was in top gear, the musician spotted a woman whom he made advances at.

Unfortunately, her husband who was present was said to have rebuffed the musician, asking him to keep off. This was said to have led to an argument between the man’s friends and Burna Boy’s team, which resulted in the alleged shooting of two fun-seekers while the musician fled the scene on realizing what transpired.

According to the eyewitness, “While they were busy chatting and laughing, a man who later turned out to be her husband furiously approached them and demanded explanations. Clubbers who overheard their conversation were watching the drama while five police escorts attached to the musician were also watching keenly.

Efforts made to speak with the wounded persons were futile as guards in the hospital said that they had instructions not to allow visitors to see them now. He, however, hinted that they are responding to treatment.

Police reaction
However, Force Headquarters, Nigeria Police Force, Abuja said it awaits the report of investigation on the shooting of two fun-seekers by the escorts attached to a musician. In a telephone conversation with Vanguard Metro, CSP Muyiwa Adejobi, the Force Public Relations Officer, said the report will determine the next line of action by the Nigeria Police. While assuring members of the public that the matter will be diligently handled, he expressed optimism that the report will be ready as soon as possible.

According to him, “The Lagos State Command is investigating the matter while we await the report of the investigation. We are hopeful to have the report as soon as possible for necessary action.”

Muyiwa Adejobi, in his tweet, on Sunday, said the escorts have been identified, arrested and detained over their misconduct. Following the shooting at Club Cubana, the IGP, Usman Baba, directed the Commissioner of Police, Lagos State, Abiodun Alabi, to carry out a thorough investigation into the matter and forward his report as urgent as possible for further action.Earlier, the Spokesperson, Lagos State Police Command, Benjamin Hundeyin said all enquiries about the shooting be directed to the Force Headquarters.