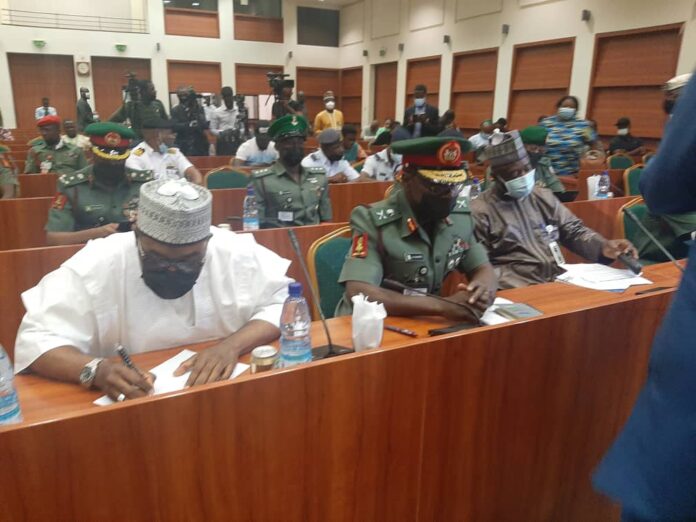 The Joint Committee of the House of Representatives on Army and Defence has screened the newly appointed Chief of Army Staff,  Faruk Yahaya, Njenje Media News reports.

The Chairman, House Committee on Defence,  Babajimi Benson, in his opening remarks, expressed concern about worsening insecurity in the country.

He urged the new Chief of Army Staff to adopt innovative measures to curb wanton killings and the destruction of property.

On his part, the chairman, House Committee on Army sought to know the relationship among security chiefs.

The nominee, Faruk Yahaya, roled out his professional exploits in his 36 years of sojourn in the Nigerian Army, especially in counter-terrorism, and assured the lawmakers he was ready to take the battle to those terrorizing the country.