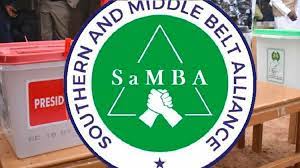 The Southern and Middle Belt Alliance (SaMBA) today demanded for accelerated prosecution of those involved in the murder of late Deborah Samuel, a student of Shehu Shagari College of Education, Sokoto State condemning the act in its entirety.

The group in a statement signed by Prince Rwang Pam Jnr. and made available to newsmen said the killing of Deborah Samuel is not acceptable under any guise.

SaMBA also berated former Vice President Atiku Abubakar for what they described as a ‘level of insensitivity not fitting for a president.’ It added that Atiku portrayed an ugly weakness now that Nigerians were unanimous in the search for a competent Commander- in-Chief.

The group regretted that the victim, Deborah Yakubu, was another youth, who may have voted Abubakar Atiku in the next election, if she lived.

SaMBA recalls that a female student of Shehu Shagari College of Education, identified as Deborah Yakubu, was mobbed, and lynched to death by her classmates for alleged blasphemy against the Prophet. The brutal killing of the young girl raised a lot of uproar around the country.

Atiku was alleged to have condemned the killing in a tweet only to delete it after the fanatics threatened to withdraw their votes for him in the coming presidential election.

SaMBA therefore appealed to Nigerian Supreme Council for Islamic Affairs (NSCIA) as matter of urgency to sensitize Muslim across the country that killing in the name of God is unislamic because Islam is synonymous to peace.

The statement signed by the SaMBA spokesman also said, “It is very pathetic that Samuel Deborah, a student of Shehu Shagari College of Education, Sokoto State was stoned to death and set ablaze on Thursday, by her fellow students for allegedly making a blasphemous statement on a WhatsApp group.

RELATED POSTS:  At the Peter Obi event in New York

“The act by his fellow students is condemnable in its entirety and we call on security agencies to ensure that all those involved in the killing of Deborah Samuel face the full wrath of the law. The case must not be swept under the carpet if we want to bring an end to killings in the name of religion.

“We are not afraid to say that all those involved in the killing of Deborah Samuel are potential bandits and boko-haram members.”

SaMBA said: “The former Vice-President has cleared all doubts about his desperation for power and his proclivity to religious fundamentalism, even though he might have made strenuous attempts over the years to hide his bigotry.

“Atiku’s action sends dangerous signals about the kind of president he would be if Nigerians make the mistake of electing him as our Commander-in-Chief.

“He has shown that the blood of innocent people, no matter where they come from, does not matter to him.

“He has shown that he can shield lawbreakers and murderers to protect and preserve his political interest.

“Atiku has portrayed a most disgusting weakness, especially at a time when Nigerians are looking for a competent Commander-in-Chief that can take the war to terrorists.

Calling on Nigerians to elect a president from southern Nigeria SaMBA stated, “a President of the South- East extraction, will heal our nation of such bigotry and build a Nigeria where every section and religion can co-habit harmoniously.”