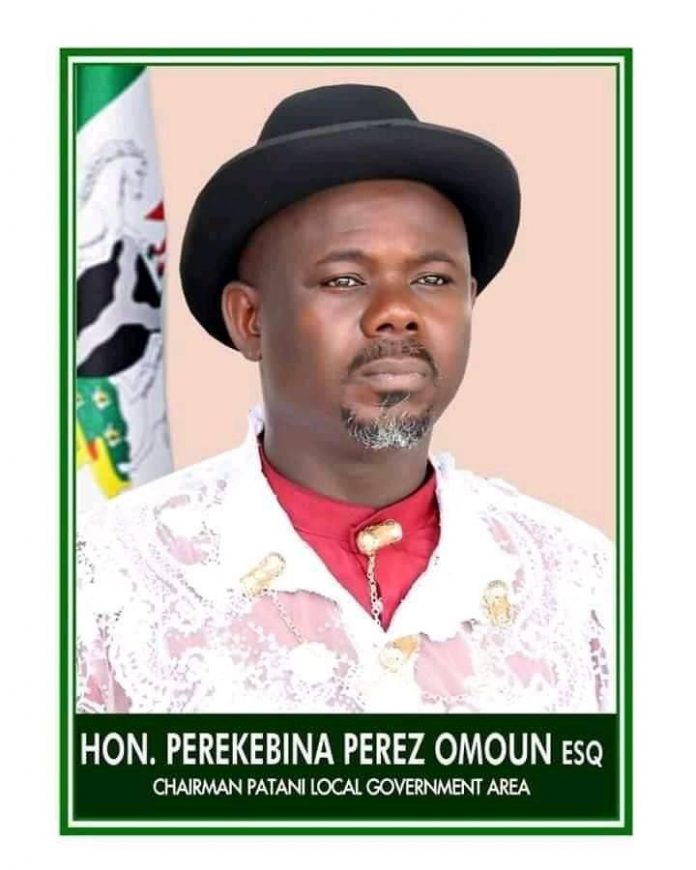 The Police Command in Delta State has arrested the chairman of Patani local government council, Hon. Perez Omoun, for allegedly destroying property belonging to the Commissioner for Power and Energy, Basil Ganagana.

It was gathered the LG chairman allegedly destroyed several vehicles and the main gate into the private home of Ganagana in Asaba on Sunday morning, December 13.

The incident is said to be connected to the reported refusal of the Commissioner and leaders of the Peoples Democratic Party (PDP) in Patani to support Omoun’s re-election bid for the forthcoming local government elections slated for March 6, 2021.

The Commissioner’s driver was reportedly injured in the attack which created panic among residents of the area. Men from the GRA Divisional Police Asaba brought the situation under control and arrested Omoun.

Spokesperson of the State Police Command, DSP Onome Onovwakpoyeya, who confirmed the arrest said investigation is ongoing and Omoun may be charged to court for malicious damage.

A source who confirmed the incident to The Nation alleged that after Omoun pulled down the gate of the commissioner’s home, he started vandalising all the vehicles parked inside the compound when he could not gain access to the commissioner’s bedroom.

RELATED POSTS:  Friend of Chinedu Bernards reveals the things the late actress wanted to do before she died