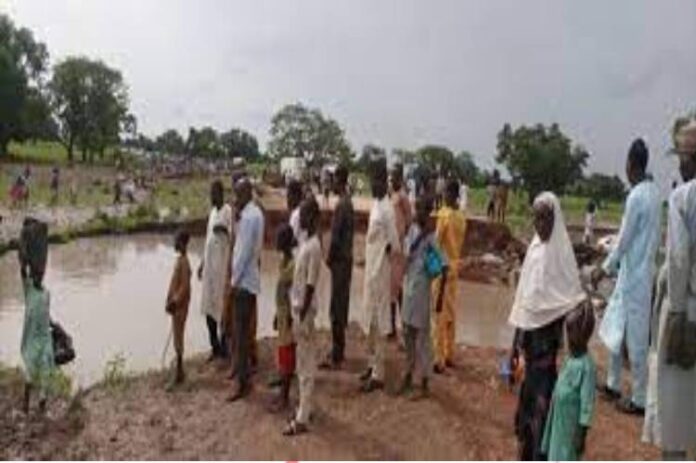 Two people are reportedly missing after their vehicle got washed away by flood caused by heavy downpour in Malka village in the Ningi Local Government Area of Bauchi State, Njenje Media News reports.

The flood which lasted for several hours from Thursday night to Friday morning, led to the collapse of the road linking Bauchi metropolis, Ningi LGA as well as Jigawa and Kano States.

Other passengers in the vehicle were said to have been rescued and immediately rushed to the hospital.

Several travellers were seen stranded on the ever-busy Bauchi-Ningi-Kano road according to The Nation.

A resident who was an eyewitness said a trailer conveying over 400 animals, sheep and goats, was also trapped in the flood with about 250 of them dead instantly.

Bauchi Speaker Abubakar Suleiman, who represents the constituency, was at the scene to access the level of damage and commiserate with residents.

Chairman Ningi LGA, Hon. Mahmuda Tabla, said over 20 houses in the area were submerged and destroyed.