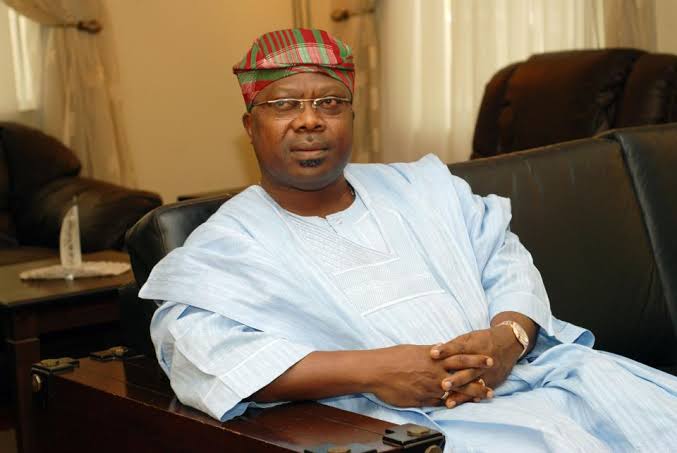 After a lot of back and forth, former Deputy Governor of Osun State, Senator Iyiola Omisore, on Monday joined the All Progressives Congress, Njenje Media News reports.

Omisore was deputy governor under the Alliance For Democracy led Administration of Chief Bisi Akande before he fell out with his boss and was subsequently impeached by the then house of Assembly. He was arrested by the Nigerian Police in connection with the murder of the former Attorney General and Minister of Justice, Chief Bola Ige but was later acquitted of all charges. He surprisingly won the Osun East Senatorial election while in prison and was a Senator under the Peoples Democratic Party from 2003 to 2007. He contested the 2014 Guber poll under the umbrella of the Peoples Democratic Party but lost to the then incumbent Governor, Rauf Aregbesola of the All Progressives Congress. He left the PDP prior to the 2018 governorship polls due to disagreements in the party and contested as governor gov 2018 on the platform of the Social Democratic Party but went into coalition with the APC before the September 28 rerun.

Omisore, was seen at his polling unit in Ward 6, Moore, Ile-Ife, in the convoy of the Osun State Deputy Governor, Benedict Alabi, picking up the APC membership card, laying to rest his current partisan membership after months of ambiguity.

RELATED POSTS:  Tell Buhari That Nigeria Is Dangerous, Unsafe – French Activist Writes US Secretary Of State, Blinken Ahead Of Visit