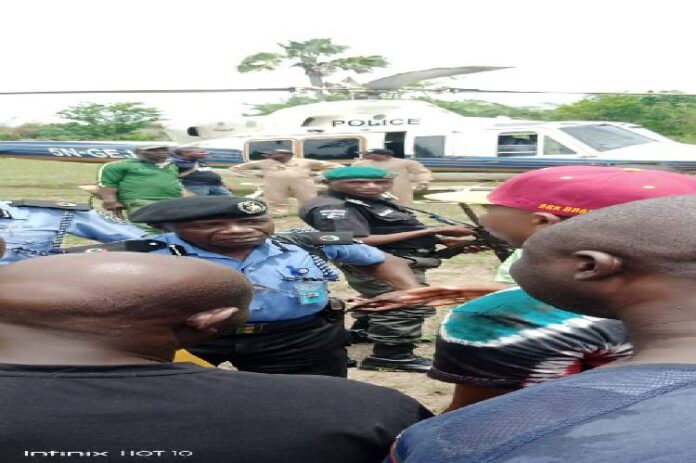 The abducted persons were said to be returning from Ilara market in Imeko-Afon area on Tuesday night around 8 pm when they were abducted by the unknown gunmen.

It was gathered that the gunmen armed with AK-47 rifles and machetes, abducted the driver and three women who were selected randomly among the passengers.

This is coming few weeks after a similar incident occurred around this village when a medical doctor and a nurse traveling from Imeko town, were also kidnapped.

Residents of the village have now staged a mini protest and barricaded the road in protest of continuous abduction.

The abductors are yet to establish contact with relatives of the victims.

Confirming the incident, the police public relations officer said an investigation has been launched by the police authority to ensure the release of the abducted victims.

PDP Keeps Mum On Zoning Of 2023 Presidential Ticket, Says ‘Anything...