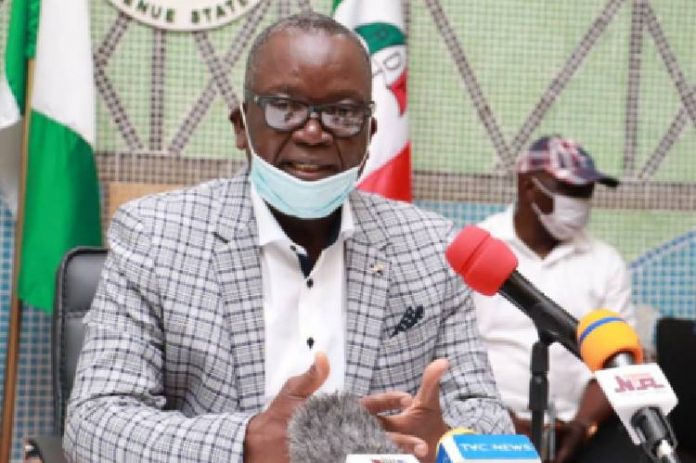 
Benue State Governor, Samuel Ortom, on Wednesday, expressed shock over the interception of a government convoy, arrest and killing of Terwase Akwaza, aka Gana, by soldiers.

Governor Ortom expressed his feelings while speaking with journalists at the new banquet hall of the Government House, Makurdi on the state of the second amnesty programme of his administration which covers Sankera geopolitical zone.

He further stated that five repentant youths from Ukum Local Government Area, who were also arrested by the Nigerian Army, have been released and are expected to join the 42 repentant criminals already in government house.

He added that those who could not make it to Makurdi due to the confusion created by the military operation would be given another chance.

He urged the people of Sankera to remain calm as he was still investigating circumstances surrounding the arrest and killing of Gana before taking action on the matter, stressing that he owes Benue people the duty to protect lives and property.

Governor Orom had earlier addressed the 42 repentant youths and commended them for choosing to abandon their negative ways to open a new chapter of their lives.

RELATED POSTS:  AirPeace Writes Aviation Minister On A Deliberate Falsehood By The UAE Minister Of Economy