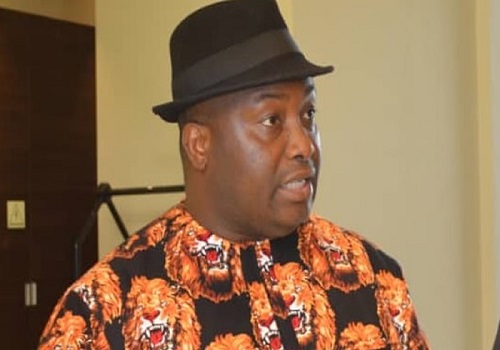 See the video below.

NjenjeMediaNews reports that the gunmen opened fire on the convoy, and police operatives in the convoy responded and about two policemen were gunned down in the shoot-out.

The incident happened late on Sunday.

Although details of the incident were still sketchy, according to various sources, it might be an assassination attempt on the senator.

A source to NjenjeMediaNews revealed that, “Senator Ifeanyi Ubah was attacked today by some hoodlums in Enugwu Ukwu. It was a calculated attempt to take him out. It wasn’t an impromptu action.

NjenjeMediaNews can confirm that senator Ifeanyi Ubah is fine and well.

RELATED POSTS:  Reno Omokri Only Protests For His Stomach, Nyesom Wike Has Always Been Mad And Shouldn’t Have Been Allowed To Taste Power — Sowore