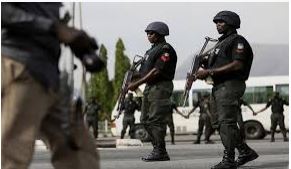 The Benue State Police Command has confirmed the killing of a Police Officer by Gunmen suspected to be supporters of the late notorious Benue warlord, Terwase Akwaza more known as ‘Gana’ on Thursday morning at Tse- Harga, Katsina-Ala Local Government Area of the State, Njenje Media News reports.

“On 11th March 2021 at about 08:00hrs information was received about an attack on Harga village, in Kastina-Ala Local Government Area, the team of Police Officers stationed within the community swiftly swung into action and engaged the hoodlums in a gun duel”

The PPRO further added that a Cordon and Search Operation is ongoing at Harga Community with one suspect being arrested in connection with the attack.

Anene advised residents in the Sankara axis to cooperate and give useful information to the Security agents on the hideouts of the Hoodlums.

End SARS: You are a failure – Wizkid tells Buhari, Osinbajo,...

Lady Dies After Her Lover Pushed Her From A Five-Storey Building...