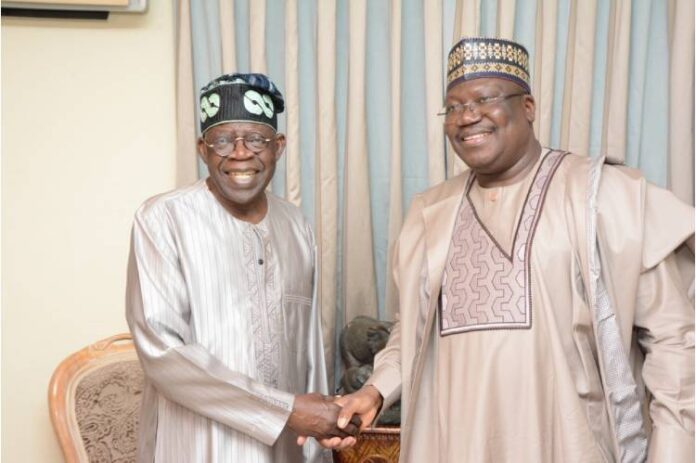 The President of the Nigerian Senate, Ahmad Lawan has felicitated with the former Governor of Lagos State, Asiwaju Bola Ahmed Tinubu, on the occasion of his 69th birthday, Njenje Media News reports.

Senator Ahmad Lawan, in his birthday message described him as one of the pillars of the governing party.

“I felicitate with His Excellency, Asiwaju Tinubu, on this joyous occasion.

“A leader of leaders, political strategist and astute administrator, Asiwaju Tinubu has in three decades of active roles in the politics of Nigeria impacted many lives and greatly contributed to improving the polity.

“His achievements and the development foundations he laid in Lagos as the first elected governor of the state in the Fourth Republic have secured his place in the history of the state.

“That is the reason he has continued to loom large on the political stage 14 years after he last held a political office.

“The Jagaban of Borgu is also a founding father of our great party, the APC, and has been consistent alongside our other leaders in guiding the ruling party along a progressive path for the growth of our democracy and the development of our nation.

“Asiwaju Tinubu has been unwavering in his commitment to the unity of Nigeria and in his belief in its destiny as a great nation with a happy and prosperous people, despite the current challenges of nation-building,” Lawan said.

The Senate President wishes the former governor many more years in good health and service to humanity.