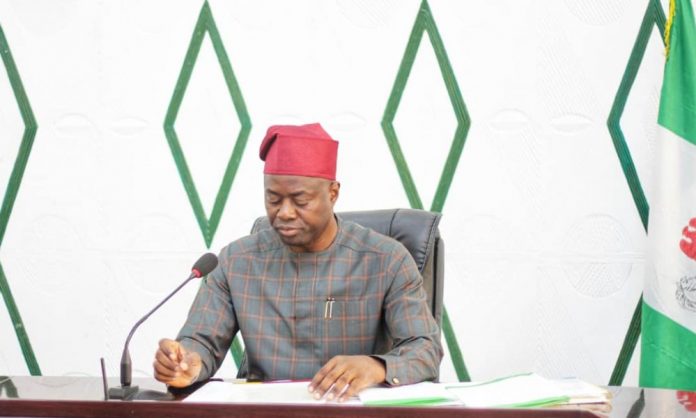 Oyo State Governor, Engr. Seyi Makinde has said he is not bothered about winning a second term as governor and does not mind losing his reelection bid, Njenje Media News reports.

The governor made this known at the pan-Yoruba Congress held at Mapo Hall, Ibadan, Oyo State.

Makinde, while declaring he has no political godfather, said he is ready to leave office any time the people of Oyo State say so.

According to him: “Let me tell you here today. I don’t have a political father. It was God who made me governor and not a human being. I fear only God and not any human. No matter how powerful a man is, I cannot fear him.

“If the people of the state decided that they don’t want me again, I will only take my bag and leave because I don’t have a pin in the office.”

Who Shall Tell the President Nigeria is Dying? — Dele Momodu