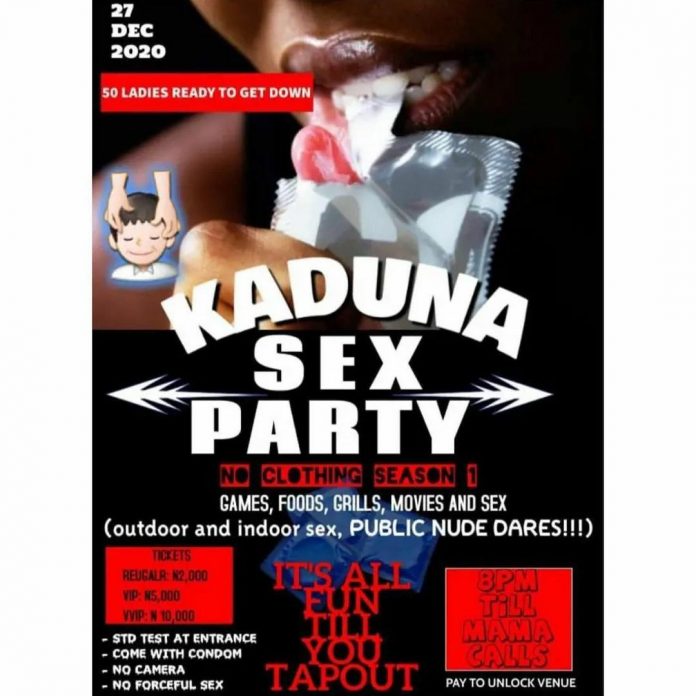 According to Tribune, the Special Assistant to the Governor on Media, Abdullah Yunus, said the police made the arrest after fliers of the event were circulated on social media.

The police spokesperson, ASP, Muhammad Jalige when contacted by newsmen, confirmed the development saying, police were able to trace the venue and made some arrests.

“We are investigating those behind the sex party and will soon give details of our findings,” he said