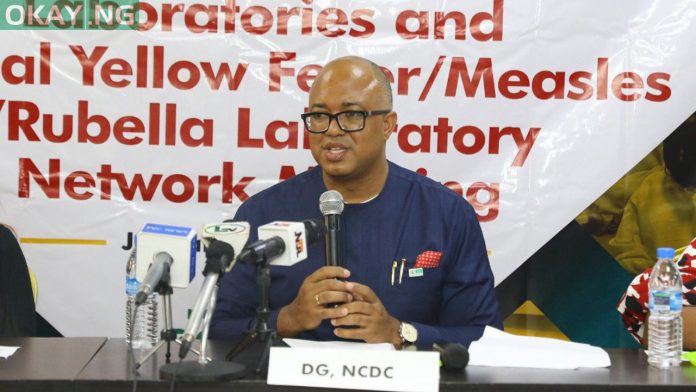 The Nigeria Centre For Disease Control (NCDC) has announced 45 new coronavirus (COVID-19) infections in the country as of June 10.

The NCDC while making this known via its verified website on Friday, noted that 10 states had zero cases reported, which were: Akwa Ibom, Ekiti, FCT, Imo, Kano, Ogun, Osun, Oyo, Plateau and Sokoto.

The NCDC noted that the country had so far tested 2,180,444 persons since the first confirmed case relating to the COVID-19 pandemic was announced on Feb. 27.

The agency said the total number of infections in the country was 167,027, while 163,413 recoveries were recorded in the last 24 hours.

It noted that the discharges included 75 community recoveries from the FCT managed in line with its guidelines.

The public health agency said no additional new deaths were registered in the country in the last 24 hours.

US, 13 Other Countries Release Joint Statement Berating WHO Over Report Saying COVID-19 Came From Animals And Not A Chinese Lab