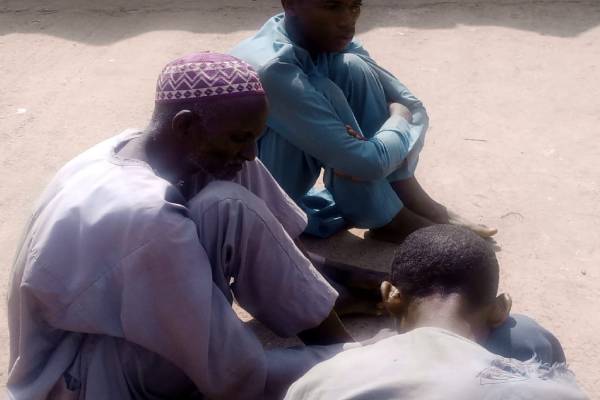 The Commandant of the Nigeria Security and Civil Defence Corps, Sokoto state Command Mohammed Saleh-Dada has solicited the support of citizens to volunteer information to security personnel to help fight the rising crime in the society, Njenje Media News reports.

The call was made shortly after parading four persons suspected to be working with notorious bandits kingpin, Dogo Gide, and disturbing the peace of residents in communities in Sokoto and Niger states.

Some of the suspects were involved in kidnapping, gum runing as well as serving as informant for suspected bandits mostly from Niger state.

The commandant said one of the suspects, a Nigerien had been on the watchlist of different security agencies for his involvement in several crimes such as kidnapping, Banditry, gun runing and cattle rustling.

The commandant said, bandits operations is on the rise due to the activities of informants living among citizens and are divulging information to the criminal elements.