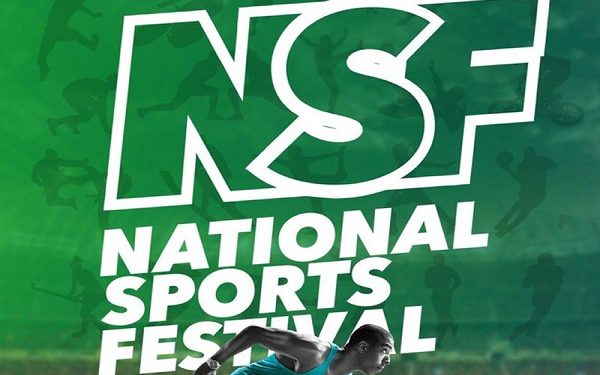 Just like he did at the 2018 National Sports Festival (NSF) where he clinched gold in both the Hammer Throw and Shot Put, Africa’s No.1 male Shot putter Chukwuebuka Enekwechi replicated the same feat at the 21st edition of the NSF in Asaba, winning the Shot Put .

Not only did he win gold in the event, Enekwechi further surpassed his Shot Put Festival Record of 20.36m from 2018, setting a new record of 20.89m to win his second gold medal and set his second record at the Delta 2022 NSF.

Adedotun Ogunjide of Rivers State won Silver with his best throw of 18.52m, while Moses Emeka of Lagos State took Bronze with 16.00m.

National Record holder in the women’s Javelin throw Kelechi Nwanaga clinched her first NSF title by throwing a new Festival Record of 54.29m. Her winning mark is her 3rd best throw this season.

She inspired a 1-2 for Delta State as Hannah Kemele who also won Silver in the Shot Put, got the Silver medal with a throw of 43.31m. Priscilla Zever of Bayelsa claimed Bronze with 43.26m.

Delta State’s Joseph Edafiadhe dominated the men’s Long Jump with a leap of 7.70m, with Emmanuel Tobechukwu and Godfred Edward Charles settling for Silver and Bronze with 7.64m and 7.58m respectively.

In the women’s event, Grace Oshiokpu of Rivers State won gold with 6.17m and was followed by Ruth Agadama (6.07m) and Oluchi Ochonogor (6.00m).