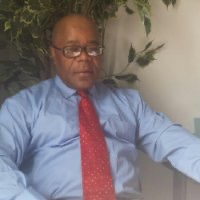 It’s not often that I seek to attract indignation by delving into a discourse which arouses controversy.
In attempting to analyze the role each of the three major tribes are playing in the rot which we have found ourselves in, I’m mindful of the angst which my truly held opinions are likely to attract. I will, however not be daunted nor deterred from expressing my views regardless of whose Ox is gored.

Nigeria is currently experiencing very depressing and challenging times. She’s languishing in a very bad place. Her situation is so dire, her citizens so traumatized, her hopes of resuscitation may well be found in total dismemberment. The question which must continue to detain our attention is perhaps, how can the noble concept of dismemberment can be actualized amicably, without bloodshed.

Does the lack of assertiveness coupled with dreadful indecisiveness by the Yorubas alter the calculus of a peaceful dissolution ?
A very interesting possibility, any interested observer of Nigeria’s political space might concur.
Political observers, past and present, concluded decades ago that the only way the contraption, can be disordered peacefully is by virtue of the Yorubas seeking self determination. It’s unimaginable that the NdiIgbo would remain in what’s left of Nigeria, should our brothers from the South West be allowed to secede.

To permit or allow the Yorubas to exit from Nigeria, would not only challenge the Fulani strategic stranglehold of the country but upend her hegemony as we know it.
Since the end of the civil war, the protection of Fulani interests have dominated our political landscape, to the detriment of the greater good. They have spent more time defending their interests, ring fencing their structural advantage , exploiting her resources whilst Nigeria decays . The vast majority of Nigerians resents the lack of good leadership and governance which the country continues to experience, courtesy of the Fulanis. The most glaring example of Nigeria’s descent into oblivion is the palpable lack of security in the country. The absence of security has given impetus to various non state actors seeking to protect their interests and their people. Various regional security outfits are replacing traditional security agencies, competing with state institutions.

Where government agencies had failed or compromised, ethnic groups have occupied or filled the vacuum. And rightly so.
Amidst all these, the igbos, who continues to bear the full weight of the structural imbalance in the country, have exceeded all expectations. They have continued to flourish at national and international levels due mainly to their exceptionalism.

There’s no gain saying the truth about the inherent difference or even perhaps, the superiority of the igbos . It’s not a myth . This sense of exceptionalism , coupled with decades of marginalization remains the driving force behind their desire to secede.

As a realist, I’m acutely aware of the futility of Biafra. I’m equally aware of the readiness of the federal government and her external supporters to go to extraordinary end to ensure the indivisibility of Nigeria. However, the federal government is bound to admit the inevitable should the Yorubas be confident enough as to seek secession from the country.
As a detribalized igbo , who has been marginalized for more than half a century, I believe a restructured Nigeria would not only enrich us but empower us as well. However, the irrational disregard by the ruling Fulanis for restructuring has given rise to the current deafening demand for self determination.

If we must arrest our drift towards violent balkanization, the Yorubas must be more assertive, more decisive. The Fulanis must accept the inevitable consequences of their lust for power and the Igbos must reawaken their unconquerable spirit and fight to regain their exceptionalism .

Call The Bluff Of Politicians Who Lure You With Rice, Stockfish...