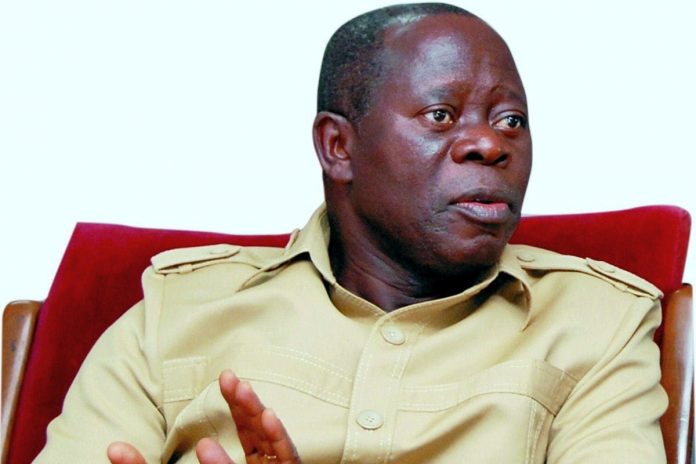 Former Edo State Governor and immediate past chairman of the governing All Progressives Congress (APC), Comrade Adams Oshiomhole, has questioned the legality of the ongoing revalidation exercise of party members.

Speaking while addressing questions from journalists after revalidating his membership at Unit 1, ward 10, Iyamho, Etsako West Local Government Area of Edo State, the former labour leader said the revalidation was contrary to the party’s constitution.

Oshiomhole opined that what APC should do is updating or reviewing the party’s membership and not revalidation.

“APC is governed by a constitution and not by man, the constitution only provides for registration and I registered as a member of the APC in 2014 under the Interim national chairman Chief Bisi Akande”.

“There is nothing in the APC constitution that says a member shall revalidate or renew its membership so revalidation is strange to our constitution”.

“I have only done this because I want peace to reign but in doing this, we have to be careful not to create a constitutional breach.”

Njenje Media News recalls that the former interim Chairman of the APC, Chief Bisi Akande had faulted the ongoing revalidation process and his position was backed by APC’s National Leader, Asiwaju Bola Tinubu.