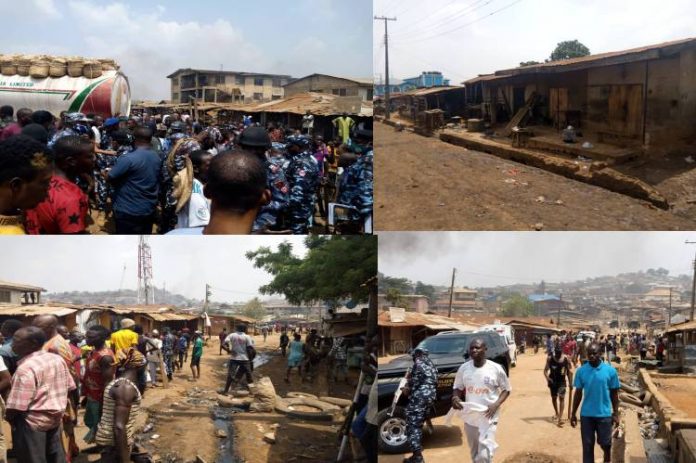 The Chief Press Secretary to Governor Seyi Makinde, Mr. Taiwo Adisa, in a statement said the governor’s order was imperative  to forestall breakdown of law and order in the area.

According to the CPS, the state government imposed a curfew on Shasha and the market area and is to run from 6 p.m. to 7 a.m.

The statement  further warned residents of the affected area to go about their legitimate businesses peacefully, stating that anyone caught perpetrating violence will face the wrath of the law.

“His Excellency, Governor Seyi Makinde has directed the immediate closure of Shasha market indefinitely following reports of a breach of peace in the area”.

“The governor has also approved the imposition of curfew on Shasha. It will run from 6 p.m. to 7 a.m.
“Residents of the affected area are enjoined to go about their legitimate businesses within the hours stipulated by the law.

“Anyone caught disrupting the peace of the community will be made to face the wrath of the law.”