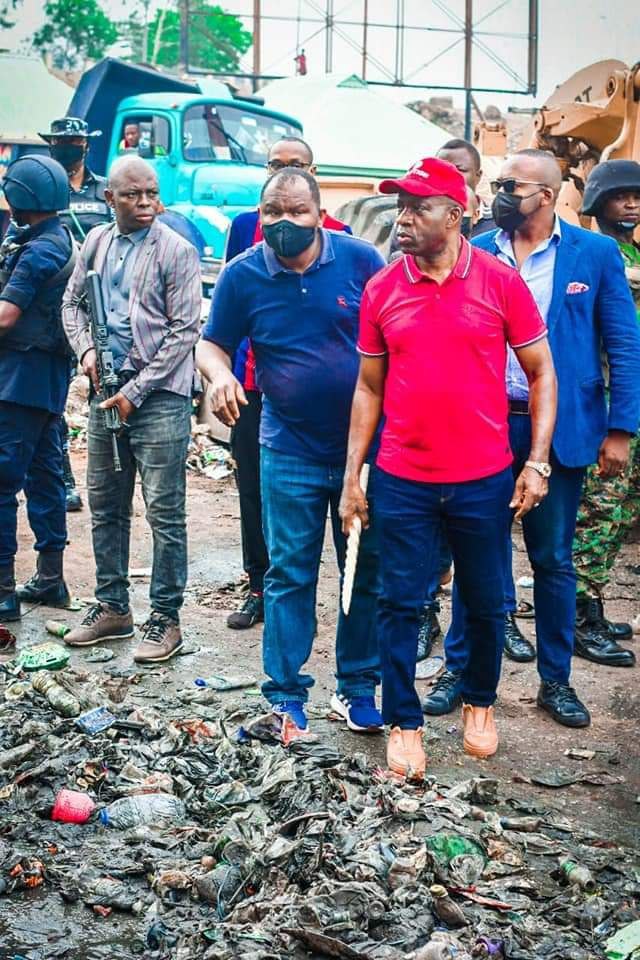 Indigenes and residents were in joyful mood, singing loudly on top of their voices in sighting the Governor and his entourage. Mr Governor in his usual calm nature reassured the people that Onitsha and Anambra must be clean because cleanliness is next to godliness. He expressed satisfaction with the level of work ongoing in the clearance of gutters and drainages which will aid easy flow of water. He pleaded with people to stop disposing of dirts in the cleared area and promised the cleaning exercise shall be continuous.

Mr Governor used the opportunity to remind the people that the protracted sit at home shall end on April 4th, stating that the leadership of IPOB released a public statement supporting his administration. He further stressed that intense negotiations are in place to ensure the release of Mazi Nnamdi Kanu from DSS Detention.

The highlight of the day was the presence of the General Overseer of Mountain of Holy Ghost Intervention and Deliverance Ministry, Prophet Chukwuemeka Ohanaemere predominantly known as Odumeje. He urged the people to support Governor Soludo so his vision of a liveable and prosperous homeland can be achieved.

See photos of the event below courtesy, of Soludo TV: