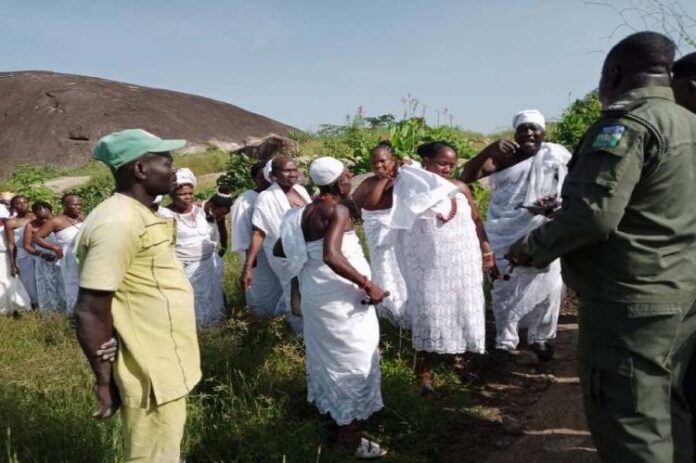 There was a mild drama in Akure, the Ondo state capital today as a group of traditional worshippers reportedly disrupted construction work at the site of a Federal Housing project.

The worshipers reportedly stormed the site to perform traditional rites but it took the timely intervention of the police to prevent a bloody clash between them.

The worshippers numbering over twenty consisting of both men and women were led by Chief Abisoye Asoga, the Adigun of Akureland.

They arrived at the site at about 9 am with a black fowl, white pigeon, and other items to perform rituals, with their arrival at the site causing apprehension among site workers for hours.

The developer of the federal housing estate, and its Managing Director, Otunba Ademola Akin-Benson had to lodge a complaint at the state police command