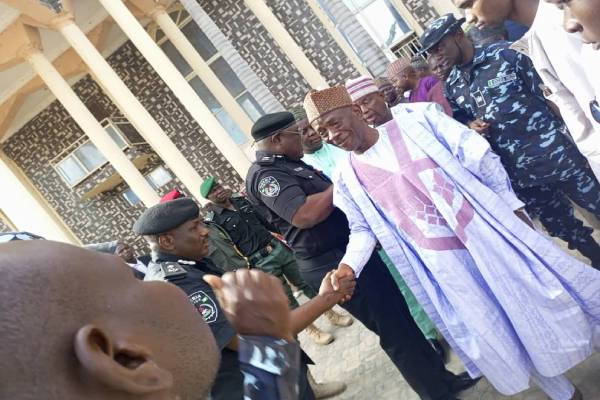 The Gunmen stormed the Local government Headquarters on Motorcycles when Muslim faithful were observing Isha’i Prayers at about 8:30pm and started shooting sporadically.

A press statement signed by the Zamfara Police Public Relations Mohammed Shehu says the bandits Stormed the area from the Eastern part of the town and started shooting sporadically which led to the death of three persons Including the son of the Commissioner for Security and Home Affairs, DIG Ibrahim Mamman Tsafe retired.

A Police Officer and three other persons Sustained Gunshot Wounds.

In a related development, the Zamfara Police Commissioner Ayuba Elkanah visited the scene of the attack and Commisserate with the family of the Victims Including the Commissioner for Security and Home Affairs who lost his son in the attack

Normalcy according to police authorities has been restored in the area with improved confidence building patrol.