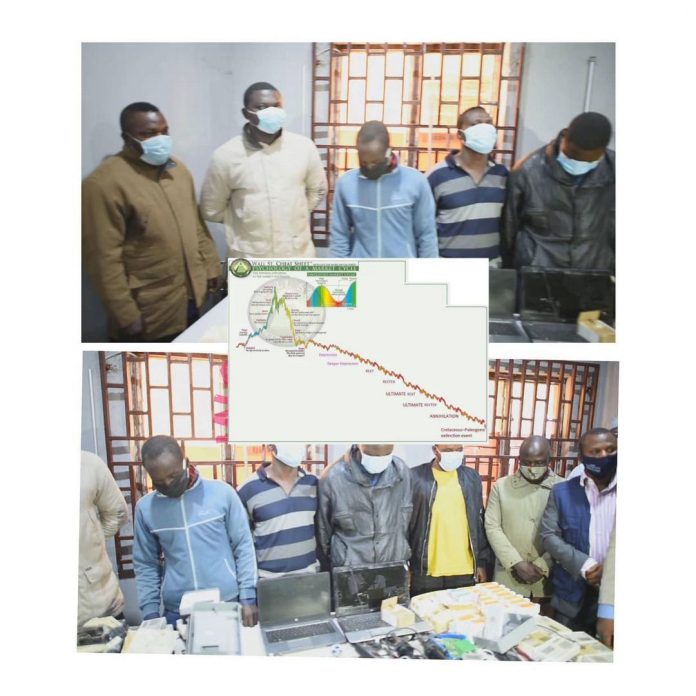 A meter cloning syndicate band that allows one vending token to used on several meters were arrested and paraded by men of the Special Investigation and Prosecution Task Force on Electricity Offences (SIPTEO) in Kaduna, Njenje Media News reports.

This was made possible as a result consistent reports by Kaduna Electric of energy theft, vandalism which had over the years hampered effective service delivery to electricity consumers in the state.

It was reported that the suspects had succeeded in cloning two metres into 13 metres with same meter number before their arrest. The Kaduna Electric’s Head of Marketing, Alhaji Abubakar Jimeta, said that energy theft has caused the company loss of revenue estimated in millions of Naira.