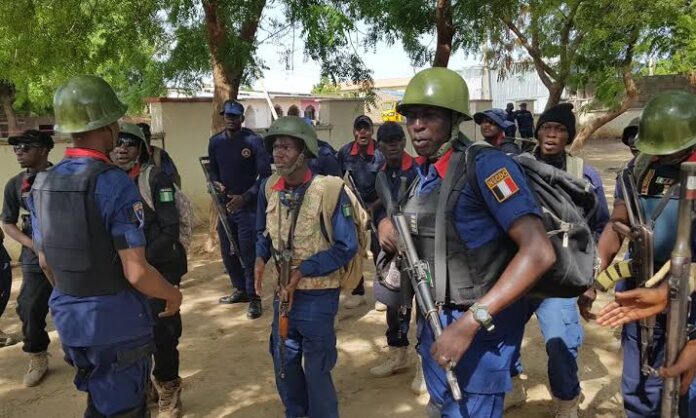 The Zamfara State Commandant of the Nigerian Security and Civil Defence Corps says it has deployed personnel to Mosques across the state ahead of Tahajjud and Itikafi, Njenje Media news reports.

Itikafi is observed by Muslim faithful during the last ten days of the month of Ramadan when worshippers seclude themselves and devote their time to praying, Supplication, and reading the Holy Qur’an.

It  starts from the sunset of the 20th day of Ramadan and ends when the Eid moon is sighted.

During Itikafi, worshippers live and sleep in the Mosques, prompting the NSCDC in Zamfara to deploy personnel to avert any attack on worshippers or places of worship.

In a press statement signed by the Public Relations Officer of the Command Ikor Oche, the NSCDC warned strongly that all hoodlums and miscreants should stay off all Mosques and places of worship throughout the period of Itikafi and beyond.

” The holy month of Ramadan is held in high esteem as Muslim Faithful use this period for sober reflections and to make amends with God Almighty, so, on no account will anyone be allowed to truncate the flow of prayers in this period with nefarious activities”, He said.

The NSCDC adds that the Rapid Response Squad and the Special Intelligent Squad of the Corps have been charged to monitor and place intensive surveillance in all the Mosques where these prayers will be conducted to avoid any breach of security.

According to Mr. Ikor, all the Mosques have become the proteges of the Corps and as such, no hoodlum or miscreants will be spared in the advent of any breach of peace or show of criminality.

The Command however salutes all Muslim faithful for the holy month of Ramadan and assures of adequate security throughout the period and beyond.