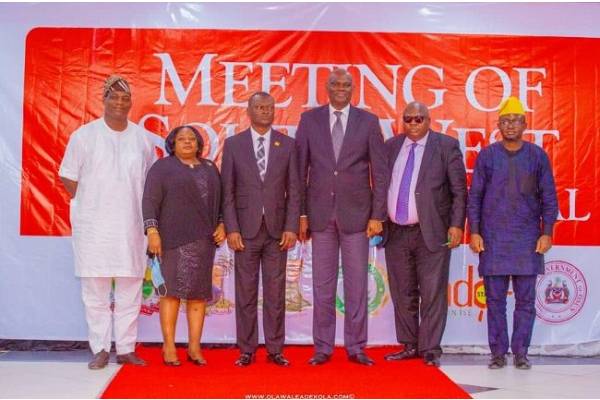 The meeting of the Attorneys- General of South West States of Nigeria will begin today in Lagos State, Njenje Media News reports.

A statement issued signed by the head of secretariat, Oluwakemi Ajumobi stated that important agenda items on the meeting will include: Implementation of Judicial/ Legislature ( Financial autonomy) Laws in South West States; South West States Proposals for the reform of the Constitution of the Federal Republic of Nigeria 1999; Update on South West Development Commission Bill in the National Assembly; Harmonization and Publication of Judgements from High Courts and Harmonisation of Laws in the region

The meeting will also deliberate on the several matters in the Supreme Court concerning the South West States including VAT, Stamp Duties and the constitutionality of Presidential Executive Order 10.

Issues of Administration of Justice reform and proposed amendments to the Legal Practitioners Act Cap, LFN 2004 will also be discussed.

It is expected that the meeting will also discuss the reports from the Judicial Panels of Inquiry into activities of the defund Special Anti-robbery squad in the six south west states.

The meeting which will be attended by Attorneys- General of the six South West States of Ekiti, Ogun, Oyo, Osun, Ondo, Lagos will end of Friday 26th November with a press conference to be addressed by the Chair of the Forum Olawale Fapohunda, Attorney- General, Ekiti State.