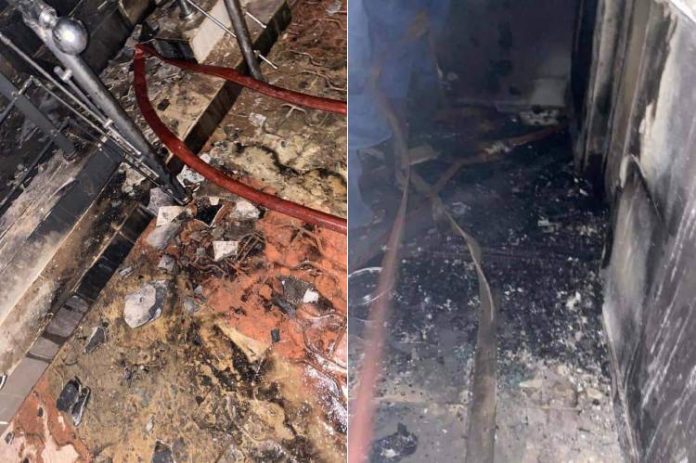 The Soka family house of Mr Sunday Adeyemo more known as Sunday Igboho had some parts of it gutted by earlier today, Njenje Media News reports.

Sources say the fire started around 3am with the cause of the fire yet unknown.

Sunday Igboho was in the news recently when he reportedly asked Fulani herdsmen to within seven days leave Ibarapa Local Government of Oyo State and after the seven days ultimatum, he had with his troops stormed the Fulani settlement in Igangan to evict the Seriki Fulani and other Fulani herdsmen from the area. The Herders were accused of being responsible for the killings, kidnappings, rape and other heinous actions in Igangan.

It remains to be seen if the fire incident is related to Igboho’s recent outbursts and actions against the Herders.