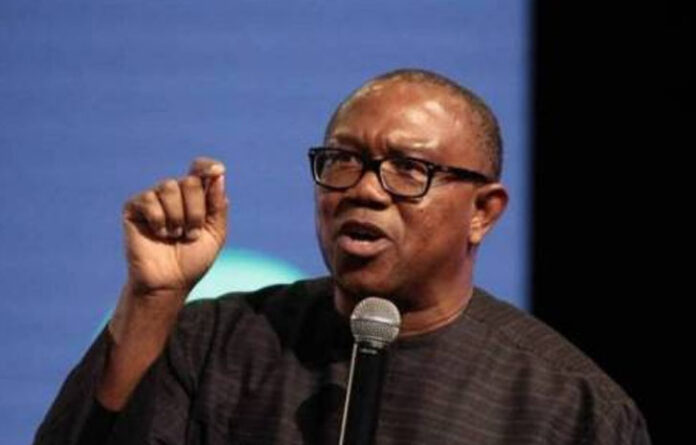 The South-West Agenda For Asiwaju (SWAGA ’23) on Saturday said the 2023 presidential election is going to be a contest between the ruling All Progressives Congress, APC and the major opposition party, the Peoples Democratic Party, PDP.

While dismissing the Labour Party and its presidential candidate, Peter Obi, SWAGA said he is not a serious contender as the activities of Labour Party begins and ends on social media.

Speaking with DAILY INDEPENDENT, Otunba Bosun Oladele, National Secretary of SWAGA said the outcome of the Osun governorship election where Labour Party got less than 4,000 votes is a test run to what will happen in the 2023 presidential election.

According to him, the election will be a straight fight between Asiwaju Bola Tinubu of APC and Atiku Abubakar of PDP.

He also predicted that Tinubu will defeat Atiku resoundingly.

“Peter Obi is the presidential candidate of Social Media Party. Quote me. His supporters exist only on social media and in their own minds and they carry in inside their brains that Peter Obi will be the next president”.

“The question is, president of where? He may be president of Facebook, Twitter and Instagram of Nigeria, but definitely not the president and Commander-in-Chief of the Federal Republic of Nigeria”.

“At the just concluded governorship election in Osun state, Labour party didn’t get up to 4,000 votes. Is that a party that is seriously in contention for the presidential election? The answer is no, because morning shows the day”.

“Show me two or three formidable governorship candidates of Labour Party, then i might begin to reason that it is a third force. But now, when you number the forces in contention and you rank them from one to ten, you can’t see Labour Party”.

“The 2023 presidential election is going to be a two-party election, strictly between APC and PDP”.