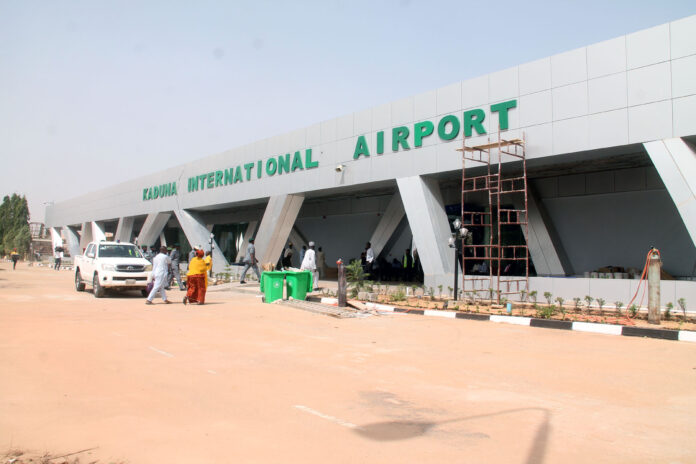 The incident, said to have occurred on Friday evening was confirmed by the kaduna state commissioner for internal Security and Home Affairs Samuel Aruwan.

He said preliminary investigations revealed that the IED was planted in the motorcycle of a P.O.S operator and detonated when the owner unknowingly kick started it at the end of the days work.

In another development, suspected terrorists have allegedly invaded the Kaduna International Airport and prevented a Lagos-bound AZMAN aircraft from taking off.

TVC News gathered that a staff of Nigerian Airspace Management Agency was shot dead by the terrorists around the runway area of the airport.

Although the Kaduna Government and Police authorities are yet to confirm the incident, it was gathered that AZMAN aircraft could not take off at 12.30 pm as scheduled due to the overwhelming presence of the terrorists at the runway.

Security operatives were however able to repel the terrorists and military presence have been beefed up at the airport.