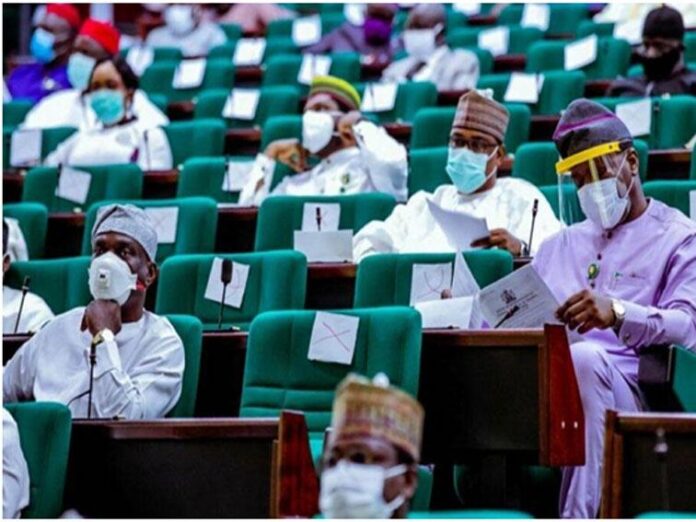 The state of consciousness is a good place for the living to be found in. Catholic Bishop Matthew Kukah used this word in the text of his recent lecture where appearing to be a Unionist, he hoped that despite the unfolding signs, Nigeria would remain as one united country. In his paper he wrote,

“…Nigerians have continued to seek new identities as a means of coping with life. What we are witnessing by way of a surge in ethnic, religious, cultural, class, social forms of consciousness…”

Consciousness. It is the state of being aware of things AND responding to that knowledge. Bishop Kukah went on to say that this “consciousness” among Nigerians had arisen because of frustrations and the terrible state of the country blaming it on the moral calibre of those in leadership position. As a leader himselfin the Catholic Church, was Bishop Kukah not told about the very important meeting convened by Vision Africa and the Global Peace Foundation on 13 December 2021 where the 1999 Constitution was denounced as the source of Nigeria’s woes?The Christian faith was represented there in the person of Rev Pam Yakubu, Executive Secretary of the Nigeria Christian Pilgrim Commission. Also present were former President Obasanjo, the Sultan of Sokoto, Sheikh Gumi, Gani Adams, former Governor Obong Victor Attah, Madam Ankio Briggs, and many others. A Communiqué was issued after this key meeting identifying the source of agitations, conflict and violence in Nigeria, which included the 1999 Constitution, described as,

“Oligo-military in nature”, and which does not represent the collective interest of Nigerians.

The Communiqué went on to say,

“The 1999 Constitution does not embody the principles of justice, fairness and equality on which every democracy is founded. Thus, it does not fully protect the rights and interests of Nigeria’s diverse constituencies…”

Consciousness is rising among ordinary Nigerians that the illegitimate 1999 Constitution foisted upon them is a hoax, that is the source of their miseries. They are waking up to know that a Constitution is actually a Union Agreement, and that the one creating and upholding unitary Nigeria is illegitimate, andtherefore does not deserve their allegiance. This consciousnessis leading to another consciousness: that Nigeria is really a multi-national country, ie, made up of many Ethnic Nations,where each indigenous Ethnic Nation should have Sovereignty in its ancestral space, and an inalienable right to Self-Determination.

Knowledge is transforming indigenous peoples to know that they have a right to be safe and contented in their ancestral land, and they are seeing that the forgery called “1999 Constitution” is what is stopping them from enjoying living in their own homeland. With the knowledge that Sovereignty belongs to them, comes the rise in Ethnic Nationalism. In Nigeria’s case, “Nationalism” means supporting the political independence of your particular indigenous Ethnic Nation. Ethnic Nationalism is mainly in response to Fulani Extremism (their herdsmen trespassing onto indigenous peoples’ farms to destroy them), and the slaughter of indigenous peoples by armed Fulani for land grab, all these facilitated by the illegitimate 1999 Constitution.

Nigerians had been lulled to sleep, (the sleep of the dead), by the elite, the church, mainstream media, NGOs and CSOs, plus influencers. Now, through the Constitutional Force Majeure proclaimed by the non-violent NINAS Movement on 16thDecember 2020 to Take Down the illegitimate 1999 Constitution, and fix this West African sub-region using an ORDERLY PROCESS, Nigerians can see that a new future is very possible. Each Ethnic Nation, no matter its population size, can stand tall on its ancestral land with the patriotic vision of “my Ethnic Nation first!” It is with this newfound Ethnic Nationalism that Ethnic Nations can negotiate with compatible neighbouring Ethnic Nations the kind of Union (if any) they want to be in, and they can then democratically decide by Self-Determination Referendums whether to re-commit to the entity called Nigeria.

RELATED POSTS:  New Retirement Age For Teachers Has Taken Effect As At January 1

Ethnic Nationalism means Sovereignty and Self-Determination, those two inalienable rights hijacked by the sham 1999 Constitution. The rising consciousness in Nigerians translates to a rise and rise in Ethnic Nationalism. Given all that they suffer, and the deadly threats they face, indigenous Ethnic Nations should take back what belongs to them, and control their land and their future.

Too many Nigerians are languishing away abroad, a significant number without immigration papers to allow them to remain in their host country, and this is all because of the dreaded living conditions that the illegitimate 1999 Constitution brings. Reader, please let them know that they should no longer be frightened of returning to their ancestral land. With the positive force of Ethnic Nationalism anchored on Sovereignty and Self-Determination, Ethnic Nations can work out a pleasant and productive future for themselves. The NINAS Movement has put its Propositions on how to get there, on the table.

For more on the NINAS Movement please visit their website at: