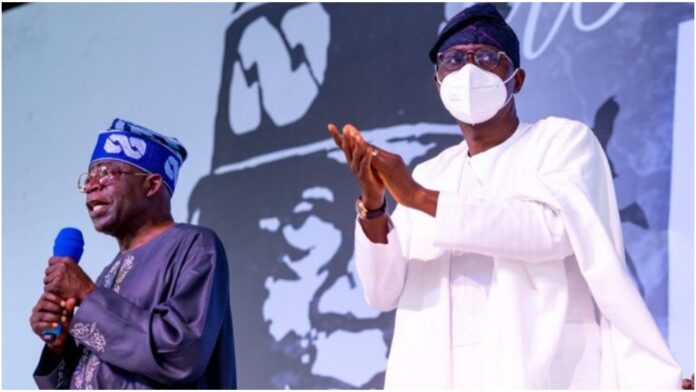 Governor Babajide Sanwo-Olu of Lagos State on Sunday declared that Bola Tinubu is fit and ready for his next political move, Njenje Media News reports.

The governor made the comment at an event in honour of the All Progressives Congresses (APC) leader who just returned from the UK after a medical surgery.

The Lagos helmsmen assured of his predecessor’s “renewed vigour”.

The Governor said Tinubu’s return excites the people of Lagos and supporters across Nigeria.

“We give glory to God who brought you (Tinubu) back with sound health and stronger vigour.

“We give praises to God that the intention of evil-minded people who spread malicious rumour against our leader did not materialise.

”This event shows Asiwaju is healthy and possesses more energy to embark on his next move in politics”, Sanwo-Olu said.

The event was attended by Tinubu’s associates, elected and appointed office holders, party leaders and supporters.

The former Lagos Governor was in London for three months. He underwent surgery on his right knee and post-surgery physiotherapy.

The mobilization for Tinubu’s presidential ambition has commenced.

Military Base In Mainok Attacked By Boko Haram

DEMISE OF YINKA ODUMAKINWe are weakened but not defeated -Chief John...