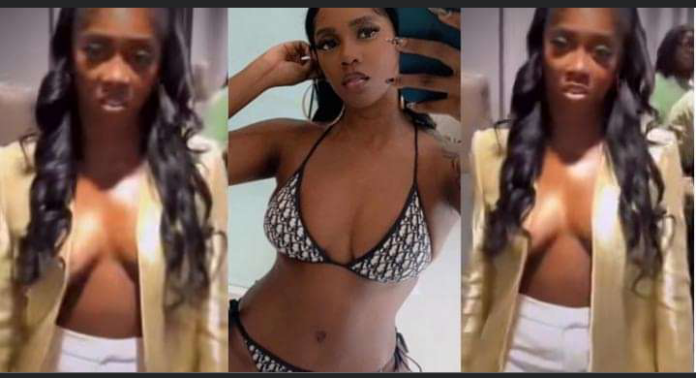 When a viral video of Nigerian Afropop superstar, Tiwa Savage twerking on stage surfaced on social media recently, it was greeted by mixed reactions from her fans on Instagram as her bum appeared to have added some flesh.

Many who reacted to the video pointed out that the superstar singer may have truly gone under the knives to enhance her bum.

A follower @jouslawofficial concurred, ‘Actually, she did without much verification needed.’ Another follower of hers @creebhills affirmed with more definitiveness, ‘She did the nyash last year nah’. ‘See our mama yansh is getting big’ @abundant_kardzyrn also says. Others like @anita_berry and @justinkidofficial echoed the same opinions: ‘Na now una Dey know,’ says @anita_berry while @justinkidofficial commented, ‘So u don’t know b4 ni?’

While others who commented disagreed with the surgery angle, everyone seems to love her more nonetheless as they professed undying love for the ‘Somebody’s son’ crooner.

However, the delectable singer continues to shine in her career as she recently bagged an ambassadorial deal with Smartphone brand, TECNO. Confirming the news, the delectable singer, songwriter and actress also excitedly announced it to her fans across all her social media pages that she is the new brand ambassador for smartphone giant TECNO, making her the first female ambassador that the smartphone giant has signed.