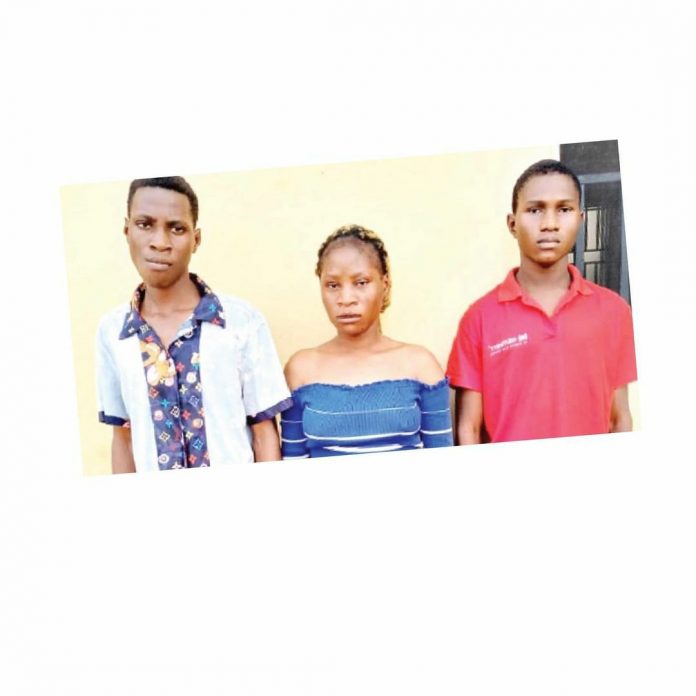 Two siblings and one other person were arrested by the men of the Ogun State Police Command on Monday for an attempted kidnap of their former employer.

DSP Abimbola Oyeyemi, who is the Ogun State Police Public Relations Officer in a statement on Wednesday said the Oyeleke Blessing, Oyeleke David and Kabiru Oniyitan were rounded up following a report made at the divisional police headquarters in Onipanu.She said they were arrested following a complaint filed by Makinde Oluwatoyin, their former boss.

Njenje Media News reports that Makinde claimed he had received a phone call from an anonymous person who made the threat to abduct his son from his school and wipe out his entire household if he fails to pay the sum of N2m to a bank account within the space of three days.

The anonymous caller had described his children’s school and even his house which made it obvious he’s being tracked for some time.

After the report, the Police swung into action and traced the locational hideout of one of the suspects, Blessing Oyeleke, arrested him and two of his accomplices while one is still on the run.