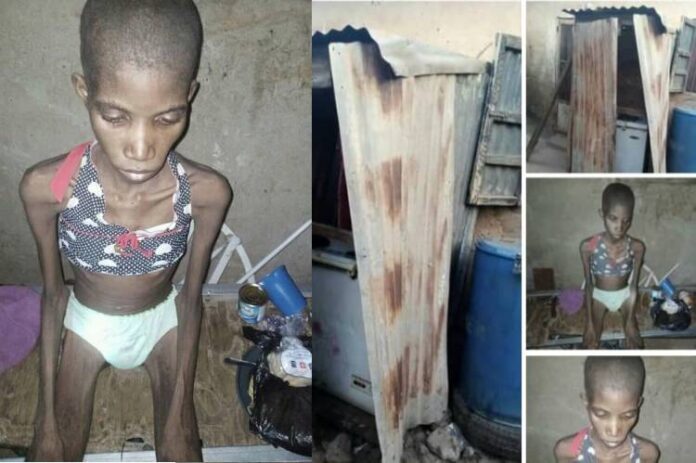 The Police in Sokoto State have arrested two suspects for caging and starving a twelve-year-old girl who was in their care for eight months, Njenje Media News reports.

The suspects, who happen to be husband and wife, lived in the Sokoto Cinema area in Sokoto North Local Government within the metropolis.

According to reports, the little girl was caged and starved for about eight months by her aunty who hails from Akwa Ibom with the consent of her husband.

Neighbors in the area who noticed the inhuman treatment of the girl reported the matter to Dadinkowa police station in the area.

A security source says, the woman, a mother of three, claimed the victim is mentally ill, but a check at a medical facility proved otherwise.

According to the source, the case will be transferred to the state police headquarters and the suspects may possibly be handed over to NAPTIP for prosecution.

He said the police have the suspects in custody and are investigating the matter and the general public will be briefed through the media of the next line of action on the matter.

Attack On Police HQ, Correctional Centre In Imo, An Act Of...