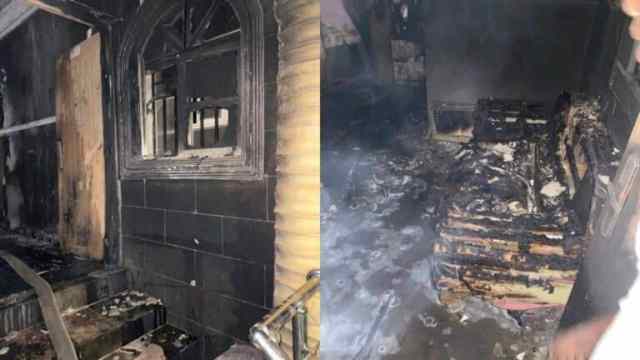 Njenje Media News reported today that arsonists set ablaze the Soka building in Soka area, Ibadan but his Media aide has said the identities of the Arsonists are known already.

Speaking with SaharaReporters on the phone, Salami Oladapo, his Media aide said:

“We know the perpetrators but we won’t disclose yet. If they were strong enough, they should have come to his new house but they dare not. We are looking at the trend of things before we say anything.”

“No one was injured. We are not going to do anything, we leave it to God. No cause for alarm, we are calm now so we can adequately plan our next move.”

Earlier on Tuesday, after the arson attack on his house, Igboho said he was not in a hurry to blame any individual or group for it.

“I cannot blame anyone right now for the attack, not even Fulani people,” he said by telephone hours after the attack. “We have to thank God that nobody was killed, it is more important.”

He said he moved out of the property about a year ago to a new property also in Soka, the same area in Ibadan, Oyo State.