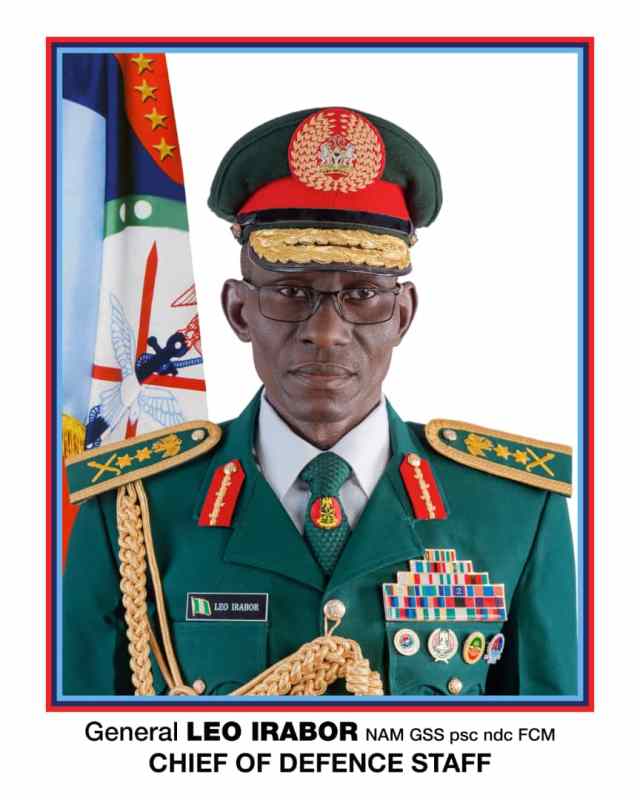 The Chief of Defence Staff, Gen. Lucky Irabor, has claimed that pirates have been successfully chased out from the nation’s waters by the Nigerian army.

Irabor stated this at a briefing organised by the Presidential Communication Team specifically meant to update Nigerians on the issues of Security, Economy and Anti-Corruption Agenda of the Buhari administration.

However, the CDS revealed that Nigeria recorded zero piracy within its waters since December 2020, saying the incidents recently reported occurred outside the exclusive right of the Nigerian waters.

He attributed the successes being recorded by the Nigerian army in checking the nefarious activities of pirates to new security measures put in place by relevant authorities.

“In the last three months or so, there had never been a single case of piracy recorded within Nigeria’s waters.

“All the cases reported were outside of the exclusive right of Nigerian waters and that’s because of the resilience of our maritime forces have led to those bad elements within the maritime domain to shift bases.

“So, I think what you do is perhaps to do more studies to that those incidents that we witnessed in the last three months were executed outside of Nigerian waters,’’ he said.

According to the CDS, the criminal gangs have assessed the Gulf of Guinea and decided to shift their activities from the Nigerian waters to other areas following their inability to contain with the nation maritime forces.

On the ongoing fight against insurgency in the Northeast and banditry in the Northwest and the North Central, Irabor dismissed media reports that the fight might last over 10 years or more.

He said based on presidential directives the insurgency fight would soon be over as the nation security forces had intensified efforts toward bring an end to all forms of criminalities across the country.

The Chairman of the Independent Corrupt Practices Commission (ICPC), Prof. Bolaji Owasanoye, who was one of the resource persons at the briefing spoke extensively on the efforts of the commission to address corrupt practices in the nation’s public service.

He announced that the commission had successfully recovered N41 billion from some government agencies and institutions who fraudulently inflated their workers’ payroll.

According to him, the introduction of Integrated Personnel and Payroll System (IPPS) has helped in exposing fraudulent practices in public service.

Owasanoye, however, revealed that Nigeria was losing millions of dollars to bad clauses and contracts signed by unpatriotic Nigerians.

He said: “Outside falsification of capital importation, the use of tax havens, the unequal tax reporting regime of the international community, a whole range of things.

“Take the extractive industry for example, oil and gas sector – Nigeria loses a lot of money to bad clauses and contracts that we have foolishly signed over time.

“For instance, contracting parties representing government, would give tax waivers. Under the law, only the President has the power to give a tax waiver and we all know that revenue from oil is not sustainable. The only thing that is sustainable is tax and yet they wish away the tax.

“There are provisions within the statute that enable the minister to sign side letters and confidentiality clauses about not disclosing certain terms that you give to oil companies.”

In her contribution, the Minister of Finance, Budget and National Planning, Dr Zainab Ahmed, said the Federal Government had no option than to allow the prices of petroleum products to be determined by the market forces in line with the deregulation of the oil sector.

“For me from the finance side is that we simply cannot afford the subsidy, we don’t have the money to pay for subsidy.

“We do recognise that there will be some increased hardships on a segment of the society. But we are looking at how do we address that,” she added. (NAN)