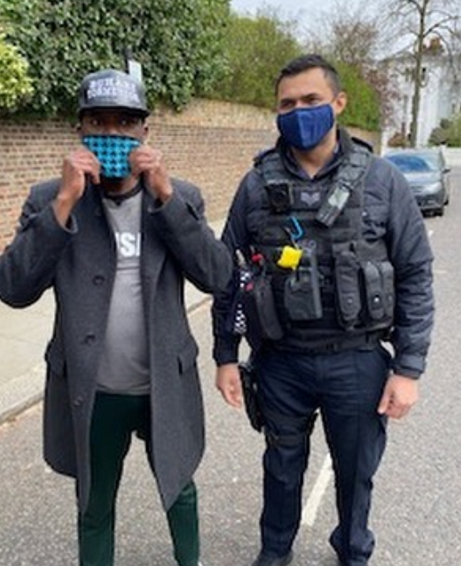 Former presidential aide, Reno Omokori has revealed his discussions with the UK police personnel called in by what he termed ‘Buhari’s people’ what he told some UK policemen in the wake of his protest at the Abuja House in London yesterday, April 2, 2021, Njenje Media News reports.

Reno Omokri and his other allies had yesterday, staged a protest outside the Abuja house where President Buhari will be staying in the UK, during a routine medical check-up.

Reno flew in to the UK this morning to stage the ”#HarassBuhariOutofLondon” protest. According to him, the President can not travel to the UK for a medical check-up when he is yet to account for the October 20 shooting of EndSARS protesters.

He took to his Instagram page this evening to disclose that the City of London Police were called on him, however when he explained his reasons for the protest, they asked him to continue.

”When General Buhari’s people called the City of London Police on me this afternoon, I calmly asked the officer questioning me this question:

‘’Officer, has Her Majesty, Queen Elizabeth II, ever come to Nigeria to access healthcare? So, why should you be called on me when I am asking my President to return to Nigeria to use our hospitals?

The police officer was touched. He told me I was within my rights and flashed the thumbs-up sign, and allowed the #HarassBuhariOutOfLondon to continue. Buhari’s people failed big time!

Don Jazzy calls for an end to SWAT, here are the...