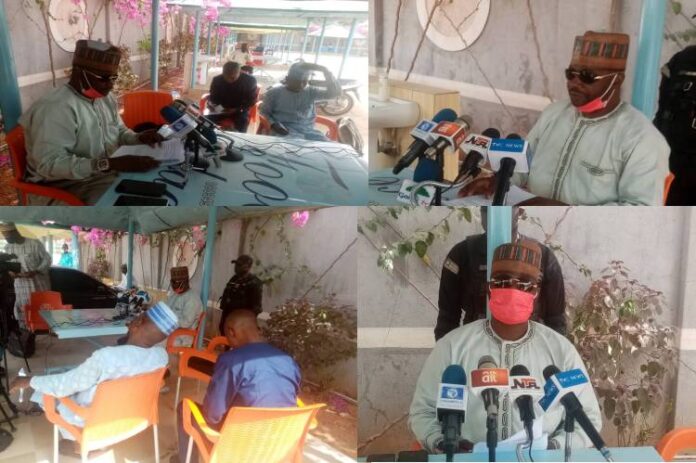 An APC group, the All Progressive Congress National Youth Rescue Mission has accused the Speaker of the Zamfara State House of Assembly. Mr. Mu’azu Magarya of being behind the killings of two persons in the Jangebe community of Zamfara State, Njenje Media news reports.

The group claimed Mu’azu Magarya ordered his security details to shoot at sight, a move which led to the killing of the two people said to have been killed during a clash that erupted at a brief ceremony to reunite the kidnapped Jangebe School Girls with their families

The National Coordinator of the Forum, Bello Bakyasuwa, at the Press Conference in Gusau, issued a one-week ultimatum to security agencies to commence investigation into the incident.

The group is seeking justice for the family of the deceased and the injured.

Njenje Media News recalls that at a brief ceremony to reunite the abducted Jangebe students with their families few days after they regained freedom from their abductors, some youths stormed the hall pelting stones at everyone which eventually disrupted the event midway.

The group lamented that the Zamfara state government is yet to condole the affected families nor even issued a press release in that regard.