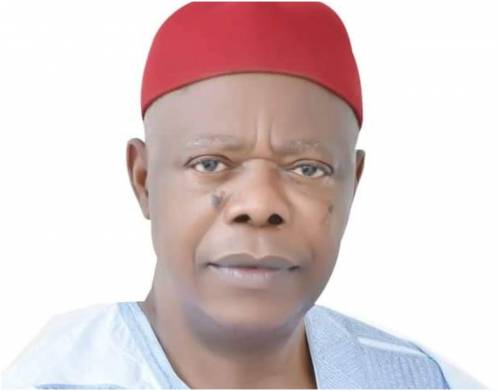 A party chieftain and former Chief Judge of Anambra State, Prof Peter Umeadi, has won the Presidential ticket of the All Progressives Grand Alliance, APGA at a special convention attended by party leaders and members drawn from the six geo-political zones of the country on Wednesday.

Njenje Media News reports that the special convention was held at the Katampe, Abuja national headquarters of the party where a total of 150 delegates affirmed the candidacy of Prof. Umeadi by a voice vote.

The National Chairman of APGA, Chief Victor Oye, while thanking party members for traveling the length and breadth of the country to attend the convention, expressed optimism that in 2023, Umeadi would be sworn in as President, of the Federal Republic of Nigeria.

Meanwhile, Umeadi promised to make Nigeria a great country every Nigerian would be proud of if elected.
Umeadi served under the government of former Anambra State Governor, Peter Obi as Chief Judge for three years.
He also served in the same position under the former governor, Willie Obiano for five years.