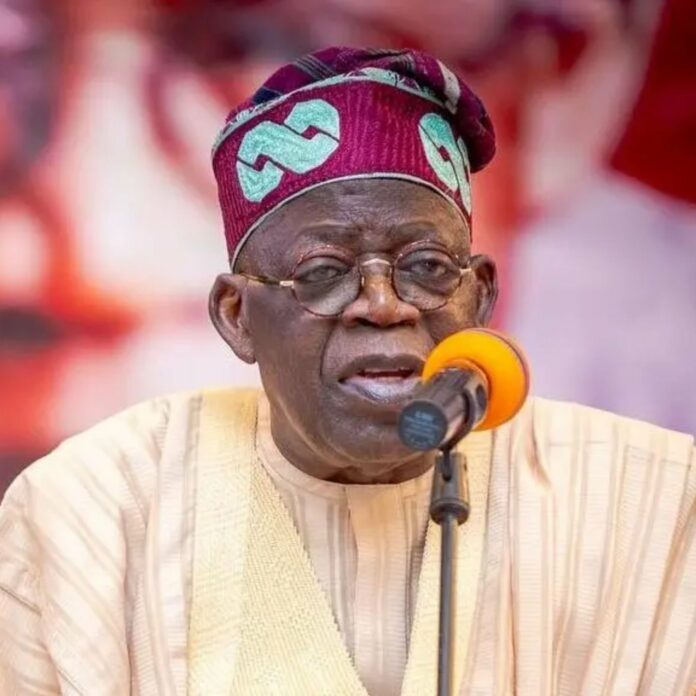 The ruling party, the All Progressives Congress, APC, and its presidential candidate, Bola Ahmed are currently making a fresh push into the South-south, a region considered to be the stronghold of the Peoples Democratic Party (PDP).

In the past couple of weeks, Tinubu and his party have visited the region three times. Two weeks ago, Tinubu held a rally in Asaba, the Delta State capital, only to return a few days back to the creek, Gbaramatu Kingdom. Two days ago, he was back again to Yenagoa for another rally.

Since 1999, the region has consistently voted for the PDP, with five out of six governors being members of the opposition party, PDP. However, with the election now a three horse race, the ruling party now fancy itself getting a piece of the cake in the region.

Because of the tight nature of the presidential race, many are already predicting a possible run-off in a second ballot because they believe none of the candidates will get the required constitutional highest votes cast and the 25% in 24 States as provided by the 1999 constitution.

Mr Tinubu is expected to take the Southwest regions and his running mate, Kashim Shettima is expected to pull strong numbers in the northeast, especially Borno, Yobe and Gombe States.

In the Northcentral, Kwara, Kogi and Niger State are places where the candidate of the APC is expected to perform well. In Nasarawa, the party is counting on the Chairman of the Party, Abdulahi Adamu, former Governor Tanko Almakura and Governor Sule Adbulahi to deliver a good outing. However, Nasarawa has been a difficult State for the ruling party.

The Muslim/Muslim ticket may cause the party to struggle in Plateau State, despite Governor Simon Lalong being the Director-General of the APC campaign council. In Benue State, the party is counting on the ‘Yes Father’ wave and the ongoing crisis in the PDP, as governor Samuel Ortom is a member of the G-5 governors. Despite these, Tinubu is expected to get the 25% requirement in the region.

In the Northwest, Mr Tinubu is counting on the six APC governors to deliver the votes; however, without Buhari on the ballot, the region has become a battleground between him, Rabiu Kwankwaso of New Nigeria Peoples Party, and Atiku Abubakar of the PDP. Despite this, Mr Tinubu is expected to get the required 25% in all the Northwest states.

Going by this analysis, to get the required 25% in 25 States, six in Southwest, six in Northcentral, seven in Northwest plus three in Northeast, that gives 23 States already. There is the possibility of getting the figure in Bauchi, Adamawa and Taraba States, including the FCT.

However, it appears that the ruling Party is not ready to take the gamble, and is now pushing for it.

So far, the strategy has been about leveraging on strong candidates in States. It would be recalled that Babachir Lawal, the leader of the APC Northern Christians had accused Tinubu of not visiting Southeast during the primaries because he considered it a waste of money.

And in the past couple of days, he has been visiting States where they have strong candidates for elections or governors.

“We intend to shock people in the Southsouth. It is a three-horse race between Obi, Atiku and Asiwaju (Tinubu). We are the dark-horse here. In Delta State, Ifeanyi Okowa is in a supremacy battle with James Ibori over the governorship ticket. We have a strong governorship candidate, Senate President Ovie Omo-Agege,” Ibrahim Abiodun, a member of Tinubu Grassroots Campaign told DAILY POST.

In Edo State, APC remains popular in Edo North senatorial district- the district where Adams Oshiomhole is running for a senatorial seat. In a three-horse race, Tinubu will be counting on achieving two things, get the 25% of the vote cast, and hope the PDP is unable to get bloc votes because the Obidient movement also fancies itself in the State.

Also, in Delta State, Tinubu appears to be willing to deploy enough resources in the State given the crack in the PDP, particularly the ongoing struggle for the control of the structure of party in Delta State. Okowa is the running mate to Atiku Abubakar, but the fight with Ibori has balkanized the PDP in the State, hence, the ruling party is willing to take advantage of the crack.

In Bayelsa State, the APC is counting on the popularity of David Lyon, who won the last governorship election but was sacked by the Supreme Court over the certificate of his running mate, Degi Eremienyo. Mr Tinubu and his party already held a rally in the State.

Also, there is the former President Goodluck Jonathan’s factor, who is reportedly angry with the PDP over how the party has treated him with disrespect since he left office. According to reports, Mr Jonathan turned down the plea by Atiku for him to intervene in the G-5 governors’ rebellion.

In Cross River, Tinubu is counting on Governor Ben Ayade to give a good outing for him in the State. A 25% of the votes cast could also be possible, more so, in a three-horse race, the party fancy its chances.

Rivers State is another place of hope for Tinubu and the ruling party. Governor Nyesome Wike remains adamant that the National Chairman of the PDP, Iyorchia Ayu must go, and he has refused to campaign for Atiku.

Although the APC is in disarray due to an internal crisis, however, it would be recalled that Tinubu and the G-5 governors secretly met in London, the United Kingdom weeks days ago. It remains unknown if the party will be able to take advantage of the PDP national crisis.

Except for Akwa-Ibom, Tinubu appears to have a plan to get a good outing in the Southsouth.